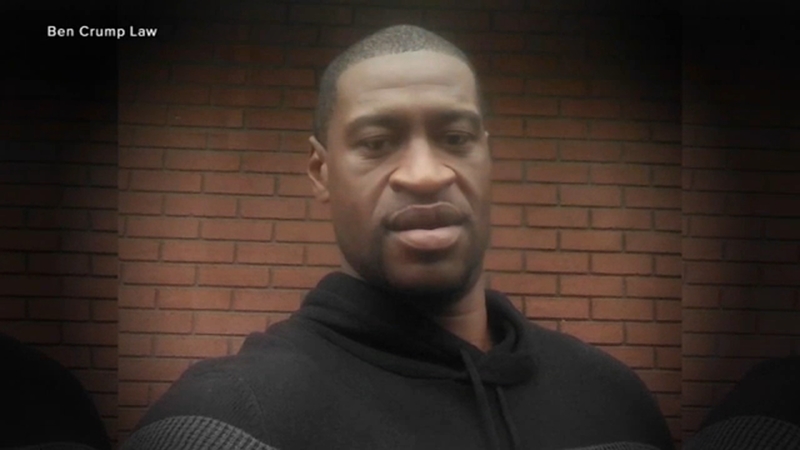 LOS ANGELES (KABC) -- The Los Angeles Police Department launched an internal investigation after an officer reported that a photo of George Floyd with the words "You take my breath away" in a Valentine-like format was circulated among officers.

The Los Angeles Times reports Chief Michel Moore says investigators will try to determine how the image may have come into the workplace and who may have been involved.

The officer who made the complaint will be interviewed Monday.

"I just received word through the chain of command of a complaint that was generated on an inappropriate online post from a Department member," Captain Jay Mastick of the Harbor Patrol Division wrote. "The post depicts a photo of George Floyd, with a caption, 'you take my breath away' in a valentine format.

"Chief Moore was disgusted by the post and directed that a Department complaint be generated. "...Messages with inappropriate content may also result in discipline. I ask that you maintain your professionalism and use judicious restraint while posting online because it will ultimately reflect on you and your position with the Department."

Department officials said Saturday that "any actual postings in the workplace" had not yet been confirmed.
"We have raised the apparent existence of the image and directed commands to survey the worksites for it," the department tweeted.

The tweet continued: "A personnel complaint has been initiated and we are pursuing each allegation including interviewing the department member who brought it to our attention.

"At this point the Department has not identified any actual postings in the workplace or identified that it was in fact our department employee who created the image. We have raised the apparent existence of the image and directed commands to survey the worksites for it.

"If found any employee or supervisor is directed to take possession and identify those present. The Department will have zero tolerance for this type of behavior.''