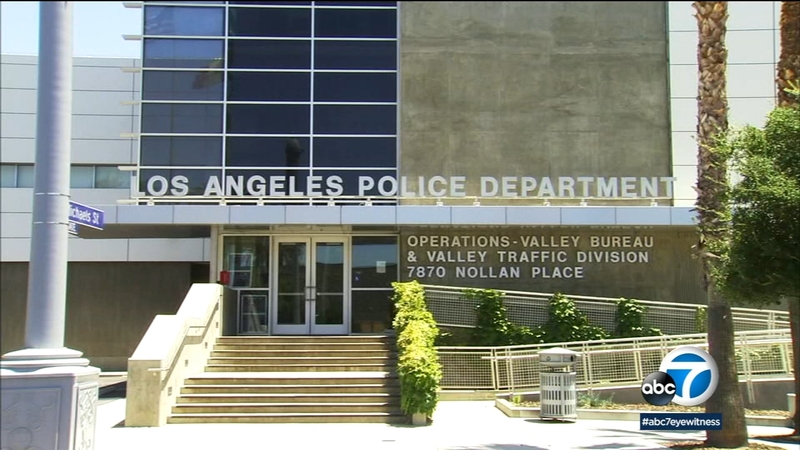 LOS ANGELES (KABC) -- A 33-year-old Los Angeles Police Department officer has been arrested and charged with the rape of two women after an investigation resulted with a match in a statewide DNA database, prosecutors announced Wednesday.

Officer William Rodriguez, a 10-year-veteran of the department, was taken into custody Tuesday, the LAPD said in a statement. He was charged with two counts of forcible rape with a special allegation of multiple victims, according to the Los Angeles County District Attorney's Office.

The investigation was conducted by the Sexual Assault Section of the department's Robbery Homicide Division after a reported sexual assault involving a female acquaintance of Rodriguez at his home on Nov. 1, 2018.

That inquiry led to the discovery of the officer's alleged involvement in a second sexual assault that occurred in August 2015, according to an LAPD news release. He was positively identified through a "cold hit" notification by the Combined DNA Index System.

The incidents happened while Rodriguez was off-duty, investigators said. He has been relieved of his police powers.

"When one of our own breaks the trust of the people we are sworn to protect and to serve, it tarnishes the badge we all wear proudly on our chests," LAPD Chief Michel Moore said in a statement. "This arrest also reflects our commitment to pursue every lead no matter where the investigation takes us."

The L.A. Police Protective League also released a statement, saying that if Rodriguez is found guilty, he should serve a long prison sentence.

"If these allegations are true, this officer's conduct is sickening, and an absolute disgrace. We stand with the victims seeking justice for these heinous acts. If found guilty, William Rodriguez should serve a long prison sentence. Police officers are sworn to protect people, not prey upon them. We hope the victims and the public understand that the vile acts of any one individual shouldn't tarnish the reputations of our officers who protect the people of Los Angeles on a daily basis in an honorable manner."

Rodriguez was being held on $1.2 million bail and is scheduled to be arraigned Thursday. If he's convicted as charged, Rodriguez faces a maximum sentence of 30 years to life in prison.