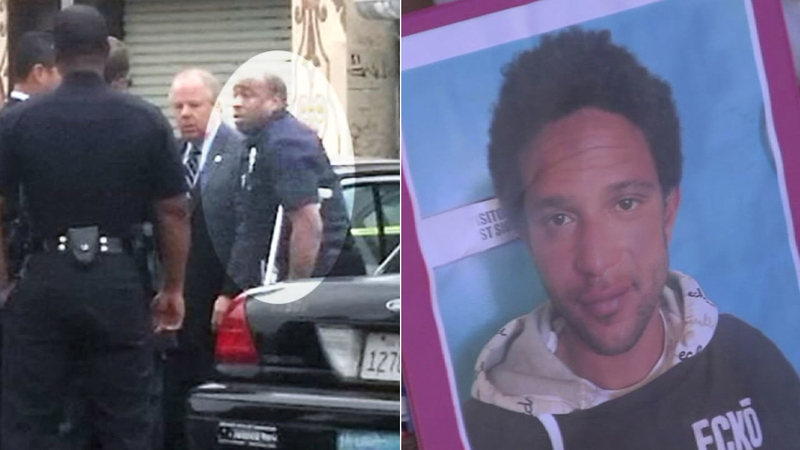 LOS ANGELES (KABC) -- The Los Angeles Police Commission has agreed with LAPD Chief Charlie Beck that an officer's shooting and killing of an unarmed homeless man in Venice last year was unjustified.

The officer, Clifford Proctor, had claimed that Brendon Glenn had gone for his partner's gun in the May 5, 2015 incident, but Beck said the evidence did not support that claim.

The commission unanimously agreed with the chief's findings submitted in a report last month that the shooting was not justified.

Beck wrote that an officer with similar experience and training as Proctor "would not reasonably believe there was a substantial risk that the situation may escalate to the point where deadly force may be justified."

In January, Beck had taken the unusual step of recommending that the District Attorney's Office file criminal charges against the officer.

The incident, recorded by a nearby bar's surveillance camera, began as a disturbance call about a block from the Venice boardwalk around 10:30 p.m. The two officers found Glenn, appearing irate and intoxicated, Beck's report said. A later autopsy found that Glenn was high on alcohol and marijuana.

The officers asked him to leave the area and he initially complied, according to Beck's report. But after he walked away, he began shouting at people and then got into a fight with a bar's doorman.

The officers then tried to take him into custody. They took him to the ground and tried to place him in handcuffs, but he continued to resist, the report said. Proctor later told investigators that he fired two shots after he saw Glenn reach for his partner's holster.

But his partner later said he did not feel a tug on his holster and Beck said the video evidence did not appear to show him reaching for the weapon. Glenn died at a hospital a short time later.

A lawyer for Proctor said earlier this year that the video footage did not accurately show Proctor's point of view.