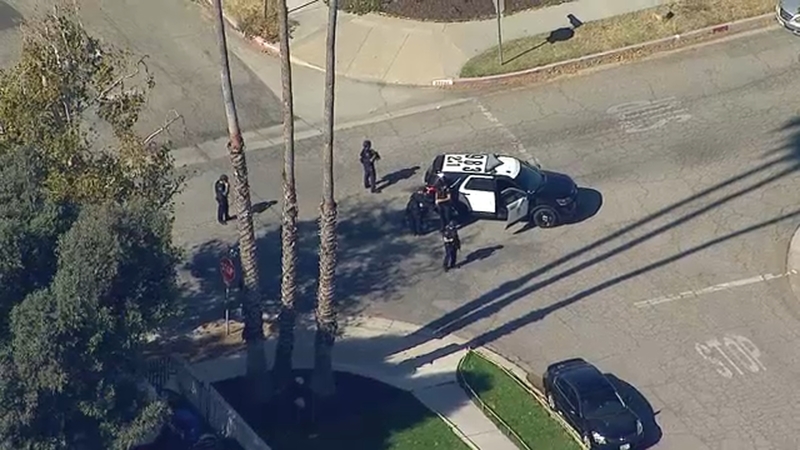 West Hills school on lockdown as LAPD searches for suspect

WEST HILLS, Calif. (KABC) -- An elementary school in West Hills was briefly placed on lockdown Monday morning as a Los Angeles police SWAT team searched for a stolen-car suspect in the area.

Students and staff at Hamlin Charter Academy, at 22627 Hamlin Street, were safe and L.A. School Police Department officers were on the campus, the agency said in a tweet at 9:45 a.m.

According to the LAPD, a citizen whose vehicle had been stolen tracked it down and called police. Officers arrived at the scene and saw the suspect running away.

Hamlin Elementary Update: Suspect is in custody. #LASPD Officers will remain in the area. School has been taken off of lockdown and will resume normal operations.

Multiple weapons were found inside the car, investigators said.