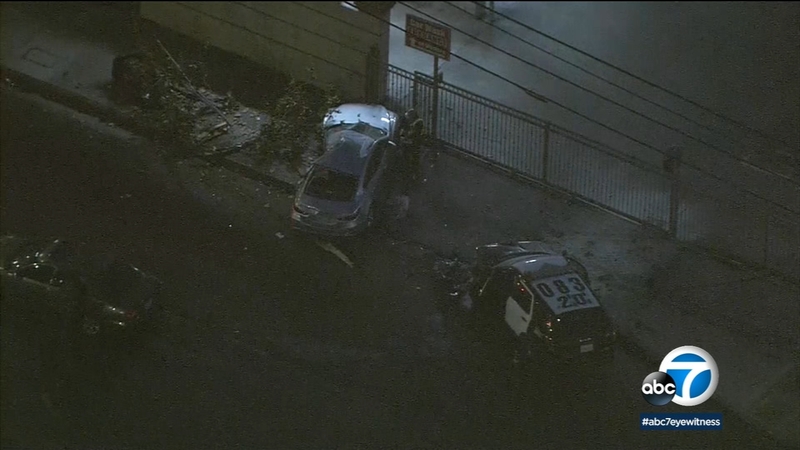 JEFFERSON PARK, LOS ANGELES (KABC) -- A Los Angeles police officer was injured in a crash early Thursday morning while responding to a chase in the Jefferson Park area.

Police were in pursuit of a suspected DUI driver around 2 a.m. when an officer who was trying to get to the scene ended up crashing with another car near Western Avenue and Jefferson Boulevard, according to the Los Angeles Police Department.

That car was not involved with the chase at all and it's unclear what caused the collision.

Details about the officer's injuries, or that of the other driver, were not immediately available.

As for the actual chase, police arrested the suspect after it ended at Venice Boulevard and Union Avenue.