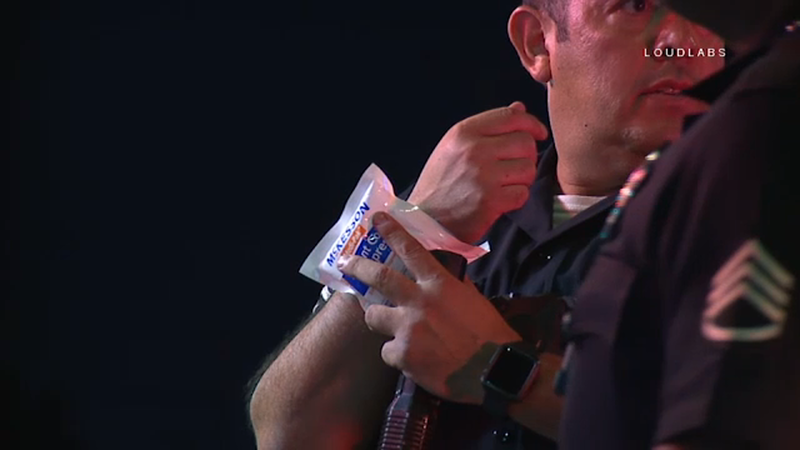 LOS ANGELES (KABC) -- A Los Angeles police officer was struck by a hit-and-run driver and landed on the hood of the suspect's car in South Los Angeles late Monday night, authorities say.

Police were investigating a possible stolen vehicle near San Pedro and 61st streets around 10:40 p.m. when a driver allegedly sped up and hit the officer.

"We were making a traffic stop for what we thought was a stolen vehicle. While we were dealing with the occupants of that car, a van coming down the opposite direction either didn't see me or didn't care, and he gunned it," Ofc. Mike Martinez said. "Hit me and gave me a ride on his hood into the intersection and then took off."

Martinez, who said he has been struck by a drunken driver before, was seen limping to an ambulance, putting a cold pack on his wrist and being evaluated at by Los Angeles Fire Department paramedics.

The officer refused transport from LAFD but said he was going to the hospital after the interview.

Martinez is expected to be OK.