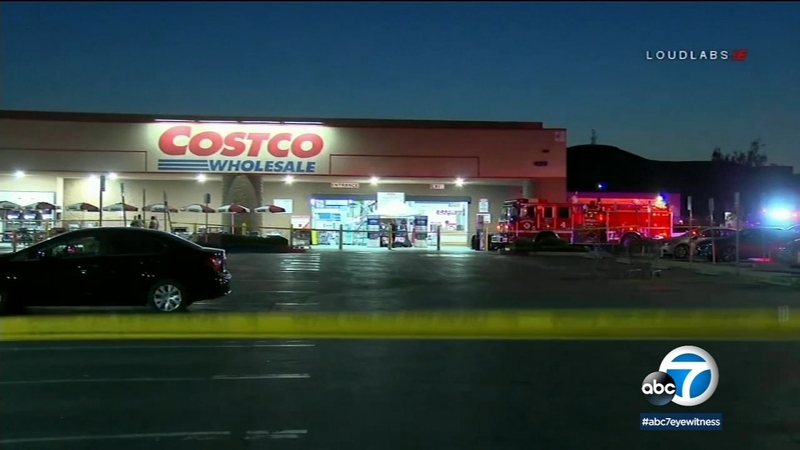 CORONA, Calif. (KABC) -- Los Angeles police on Wednesday released the name of the off-duty officer who allegedly opened fire inside a Corona Costco, killing one man and wounding that man's parents.

The department identified Salvador Sanchez as the officer involved in the June 14 incident.

Sanchez is part of the LAPD's Southwest Division and is currently on administrative duties, the department said.

Attorney David Winslow said his client, the officer, was struck from behind without a word being spoken as he fed his son samples of teriyaki chicken in the store.

The off-duty officer shot and killed Kenneth French, 32, of Riverside, and critically wounded French's parents. French's mother remains in grave condition and in a coma. His father is in serious but stable condition.

An attorney for the French family argued that a civilian involved in such an incident would have been arrested.

"French's family is particularly bothered by the fact that if anyone other than an off-duty police officer had shot three unarmed civilians in a Costco, that person would be in jail and facing criminal charges for murder," said attorney Dale Galipo, who represents the French family.

A Corona police spokesman said during a news conference shortly after the shooting that witnesses had reported hearing an argument. A statement from the department the following day, however, did not mention a verbal altercation and said the attack was "without provocation."

Multiple witnesses said there was chaos after shots were fired inside the busy store. People ran to escape, but the doors were reportedly locked, which added to the panic.

Corona police say the only weapon recovered at the scene belonged to Sanchez.

A cousin of Kenneth French described him as a "gentle man" who didn't speak because of a mental condition.

The cousin, Rick Shureih, claims his relatives have been made out to be suspects and the off-duty officer the victim.

"I'm not keeping quiet about this! People need to know! This is my family! These are the victims of the Costco shooting the other night. My cousin Kenneth was killed and his parents, my aunt & uncle were also both shot and are in ICU. Do they look intimidating to you? Did he really have to shoot them all? I'm posting this picture because the stories on social media have made them out to be the suspects, and the off duty cop the victim. This is a family that was unarmed and was just grocery shopping. Truth will come out! I'm sure this was a misunderstanding that got escalated for no reason! If anyone was a witness please get in contact with us."