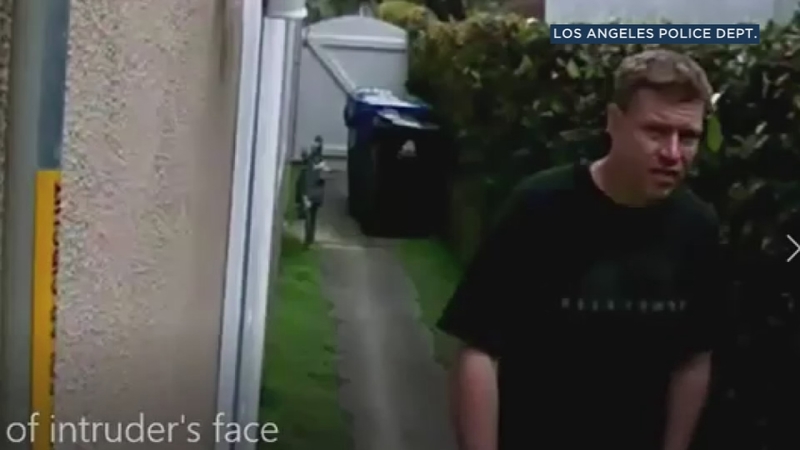 LOS ANGELES (KABC) -- Authorities are asking for the public's help to find a burglar who appears to be targeting homes when the families are attending funerals.

Around 2:10 p.m. on March 11, a suspect entered a home in the 4500 block of Nagle Avenue in Los Angeles. Authorities said the suspect was first seen parking his car in the victim's driveway. He walked up to the front door and activated the doorbell camera.

When the suspect did not get a response, he walked around the north side of the home and entered the backyard, where he tried to open the back doors but was not successful.

The suspect was then seen walking to the north side of the garage and kicked the side door open. He entered the garage, which activated the alarm system. He left the location without stealing anything and drove away.

Authorities said the victims were attending a funeral when the burglary happened.

The suspect is described as a white man with dirty blonde hair, who is between 25 and 35 years old, between 5 feet 11 inches and 6 feet tall and weighs between 170 to 180 pounds. He was last seen wearing a black T-shirt, black jeans and black Nike sneakers.