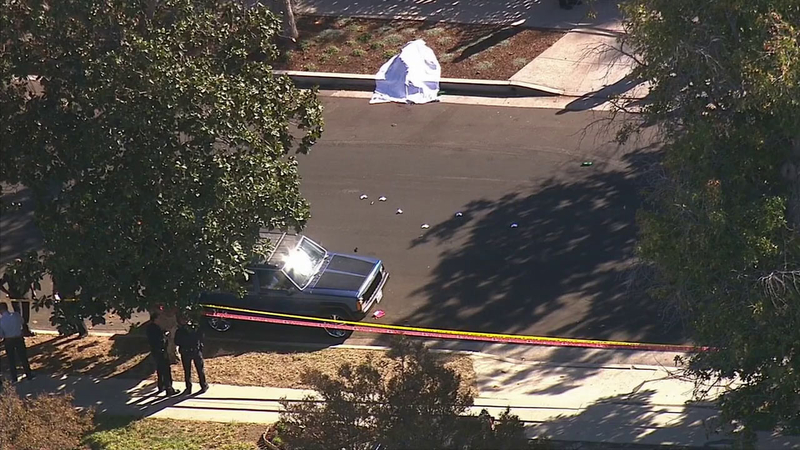 LAPD responded to a disturbance call at Elkwood Street and Andasol Avenue at 1 p.m. A body covered by a white sheet was seen from AIR7 HD.

Maria Cordero told ABC7 that the suspect was her son, 34-year-old Miguel Cano. She said he had a drinking problem but was not a violent man.

Neighbors said Cano had been drinking. He was shot with a beanbag gun first, according to neighbors, and then he was shot by LAPD six times in the driveway.