LAPD report examines 37 shootings by officers in 2021, including 10 encounters with homeless people 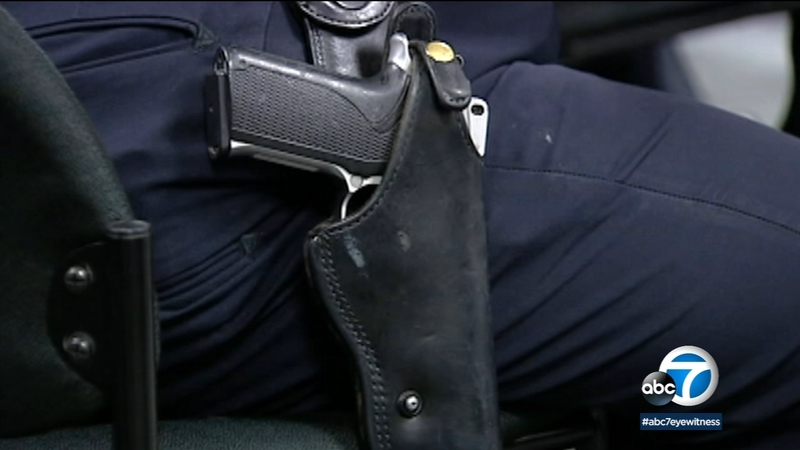 LAPD Capt. Scot Williams and Assistant Chief Dominic Choi presented the 2021 Annual Use of Force report to the Los Angeles Police Commission on Tuesday. A more detailed review of the report will be provided to commissioners on May 3.

The number of people with mental illnesses being contacted by police when an officer opened fire in 2021 represents an increase of nine from the previous year's six. The number of people experiencing homelessness who were contacted by police who opened fire was up from zero the previous year. The department deems someone as having a mental illness if they had documented contact with a mental evaluation unit prior to the shooting.

"As presented today, we see from this report, it underscores significant challenges that we still face. Forty-one percent of the officer-involved shootings in 2021 involve someone apparently experiencing a mental health issue. This fact alone highlights the need for greater mental health service providers in our city. It also serves to illustrate the reasons officers need additional training in this area,'' said Police Commission President William Briggs.

Following a report showing that nearly 41% of LAPD officers who shot at people in violation of department policy were not disciplined between 2015 and 2020, the Police Commission voted to have a similar report updated each month.

The department's diversion program with Didi Hirsch, which was launched in 2021, diverted 1,642 calls related to mental health issues last year and more than 400 calls so far this year.

"Our department is further challenged when we look at 38% of the suspects involved in an (officer-involved shooting) had an edged weapon. I've made no secret of my position with regard to how situations involving edged weapons should be handled ... what we'd like to see is more de-escalation than use of non-lethal force before employing lethal force in these situations,'' Briggs added.

The number of times officers opened fire while contacting people with edged weapons in 2021 was 14, representing a 19% increase above the 10-year average and a 100% increase over 2020.

Meanwhile, the number of times an officer opened fire while contacting someone with a firearm was 15, or 41% of the total police shootings in 2021 -- 18% below the 10-year average.

Choi told commissioners that the department recently developed a training aimed at de-escalating encounters with people who have edged weapons.

Of the 37 shootings by officers, 17 were fatal, 14 of them resulted in injuries and six resulted in no injuries. Twenty-four of the victims were Hispanic, seven were Black, five were white and one was classified as "other.''