A group of nearly a dozen people worked to shepherd one of the large animals onto a trailer so that it could be taken to safety from the Gentle Barn Animal Sanctuary. They eventually managed to guide the pig into the truck and then scrambled to close the truck's gate to prevent it from escaping back into the facility.

After more than 20 excruciating minutes, a group of volunteers successfully evacuated a large pig from a Canyon County facility Thursday afternoon as the Tick Fire burned nearby.

The sanctuary's second pig was loaded onto a trailer shortly after.

After more than 20 excruciating minutes, a group of volunteers successfully evacuated a large pig from a Canyon County facility Thursday afternoon as the Tick Fire burned nearby.

The Gentle Barn Animal Sanctuary houses animals that have been abused or neglected and are too sick or hurt to be adopted out. In addition to two pigs, the sanctuary also houses cows, goats and sheep, among other animals.

The massive fire broke out before 2 p.m. in the area of the 31600 block of Tick Canyon Road just south of Summit Knoll Road. With strong Santa Ana winds and dry brush, it spread quickly as it burned downhill in medium to heavy brush. It had spread to at least 3,700 acres by 5:30 p.m. and prompted hundreds of evacuations.
Report a correction or typo
Related topics:
canyon countryanimal rescuebrush fireanimalwildfire
Copyright © 2020 KABC-TV. All Rights Reserved.
WILDFIRE 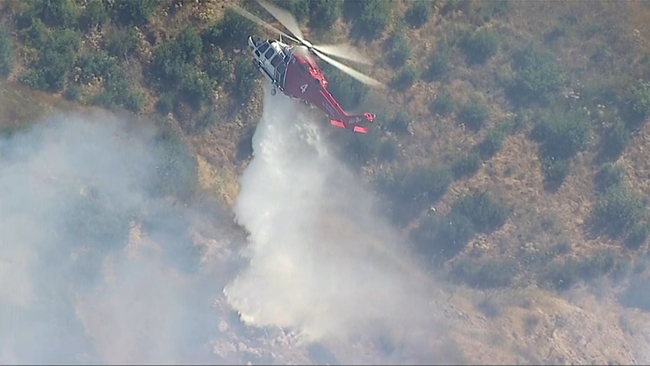 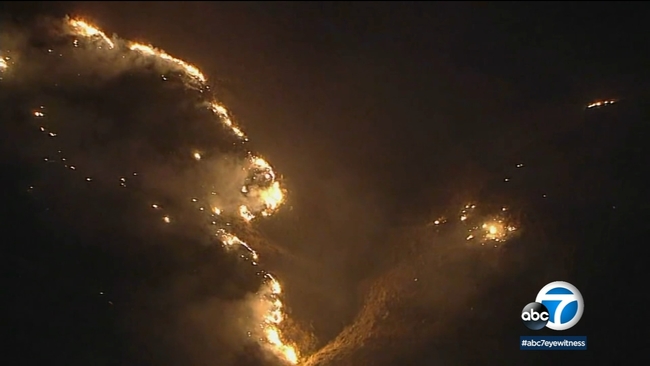 Fire erupts after explosion on ship at Naval Base San Diego