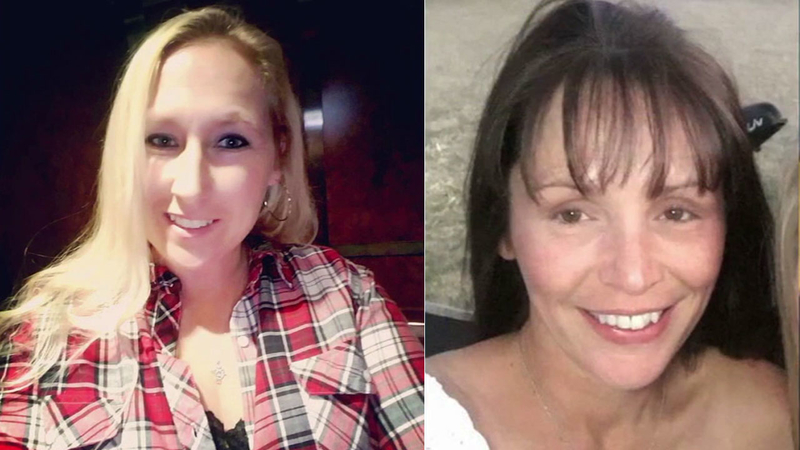 GARDEN GROVE, Calif. (KABC) -- The community of Garden Grove is grieving after the deaths of two women who called the city home at some point were confirmed from Las Vegas.

Carrie Barnette and Candice Bowers are among the 58 people who were killed in Sunday's massacre at the Route 91 Harvest Festival.

Rachel Steiman met Barnette when they were just in sixth grade.

Carrie was a bridesmaid at Rachel's wedding.

Just hours after the shooting began in Las Vegas, Rachel got a call: Carrie had been killed.

"For me, I have no idea how I'll get through life without her," said Steiman.
The 34-year-old worked for Disney California Adventure for 10 years. She just bought a home in Riverside.

Carrie's dog, Lucy, is now living with her.

"Carrie was the best person you could ever know," said Steiman. "She would do anything for you. She was always there for you no matter what was going on in her life."

The Garden Grove community is also mourning the death of Candice Bowers. She went to the festival with a group of friends, but went missing in the chaos.

"Hours went by, then it turned into 10 hours, then 24 hours, then we get notification last night that she passed away," said Christie Martinez, one of Bowers' friends.

Bowers' friends say she has two older children and a two-year-old she just legally adopted.

Her longtime friends are heartbroken by her death.

"Her laugh and her smiles and always happy and spoke from the heart and you wanted the truth, you got it from Candace," said Patty Tran.

The friends of Barnette and Bowers have started GoFundMe pages to help with funerals and the families:
All of them, clinging to their loved ones, in disbelief their friends are gone.