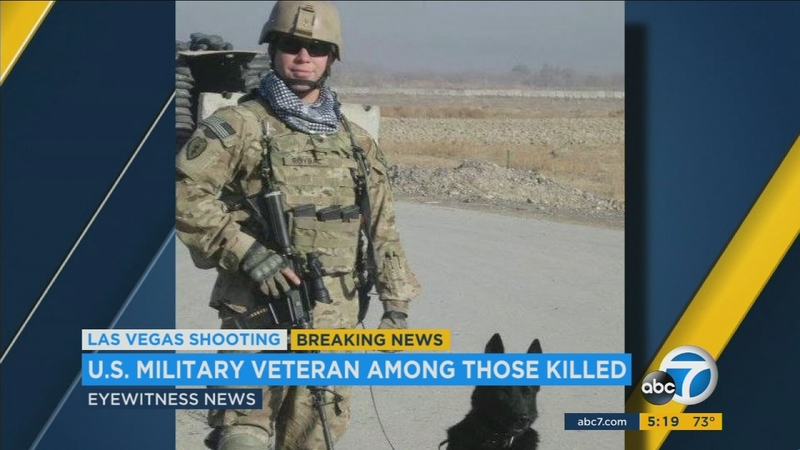 LAS VEGAS (KABC) -- A United States military veteran who survived war in the Middle East lost his life in Las Vegas Sunday after he was struck by gunfire at a country music festival at the Mandalay Bay Resort and Casino.

Chris Roybal, 28, of Corona, was among at least 59 who were killed when a gunman opened fire with automatic weapons from the 32nd floor of the resort where thousands were gathered below listening to country music artist Jason Aldean play.

Roybal previously served in Afghanistan and was celebrating his birthday when he was shot.

He was with his mother at the concert, but they were separated in the chaos caused by the shooting. She identified her son's body Monday.

"I knew. I knew, because I spoke to the person who was with him when he got shot," said Roybal's mother Debbie Allen. "He said he got shot in the chest."

The man who was with Roybal at the time of his death was a fireman and tried to save Roybal's life, but was unable to revive him in the hail of gunfire, according to Allen.