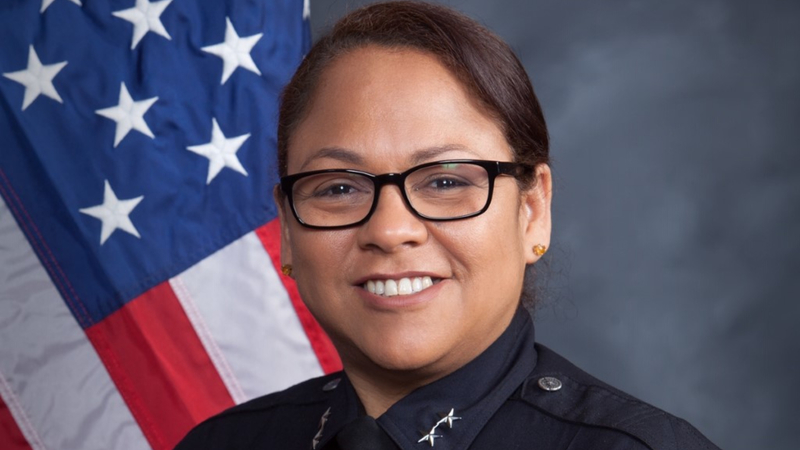 LOS ANGELES (CNS) -- Leslie Ramirez, who has been serving as interim chief of Los Angeles School Police since July, was given the position full-time Tuesday.

She is the first woman to serve in the post.

"Chief Ramirez has dedicated her career to keeping all in our school community -- students, staff and their families -- safe,'' Superintendent Austin Beutner said in a statement. "Chief Ramirez's experiences make her uniquely qualified to lead as we continue the work to create safe and welcoming environments in all of our schools.''

Ramirez was named interim chief in July following the departure of Chief Todd Chamberlain, who resigned one day after the LAUSD Board of Education voted to slash the agency's budget by 35% in response to a wave of community protests calling for a defunding of law enforcement.

Many high school athletes and their parents had been dreading this for months, another delay to the return of school sports.

Ramirez had been serving as deputy chief at the time.

Ramirez began her career as a campus officer in 1991 and has since served as detective, sergeant, lieutenant, adjutant to the chief of police and deputy chief of police, according to the district. She also serves on the executive board of the California K-12 Police Chief's Association.

"As a proud Los Angeles Unified graduate and first female chief, my appointment sends a powerful message to all those who aspire to lead and serve,'' she said in a statement. "In the last few months, we began the process of reviewing and evaluating our mission, operations and district objectives.