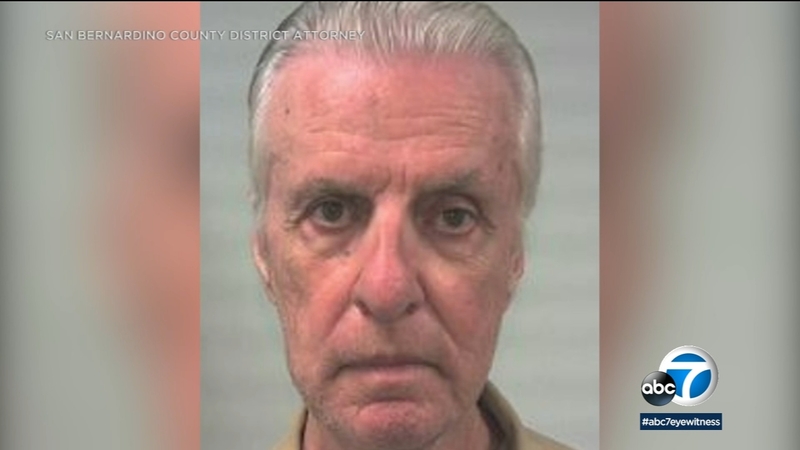 A judge is still considering whether a man convicted of multiple child rapes decades ago should be placed under supervised release in a High Desert community.

Experts who testified in Orange County Superior Court on behalf of Lawtis Rhoden, now 72 years old, say he should be place in a rental unit in Newberry Springs, about 15 miles east of Barstow.

"The chief concern is can we safely and effectively manage the individual at the setting in question," said Dr. Cameron Seidler, a representative of Liberty Healthcare Corporation which supervises the Conditional Release Program in California. "We do believe we can."

According to the San Bernardino County District Attorney's office, Rhoden raped a 13-year old victim in Florida in 1969. He was convicted through a plea agreement of one felony county of lewd and lascivious acts with a child under 14 years old and sentenced to state prison. After serving his prison sentence, he was paroled.

Years later, he was convicted of four more sexual assaults on children, including attacks in Los Angeles and Orange counties. He spent nearly 20 years behind bars and was released from state prison. But since he was found to be a sexually violent predator, he was committed to the Department of State Hospitals for treatment.

In 2019, the Orange County Superior Court ordered Rhoden suitable for supervised release, but later found "extraordinary circumstances" that would mean he couldn't be placed in Orange County - his last place of residence.

But residents there have concerns, too.

Jack Unger spoke remotely during a court hearing in Orange County Superior Court. He claims that there's a school bus stop about a block away from Rhoden's proposed residence.

"I have observed young female students, who appear to be 7 or 8 years of age, getting off that school bus at that location in the afternoon."

Other complaints revolve around a truck stop that's approximately 800 feet from the proposed location.

Dr. Gary Goldberg, a witness for San Bernardino County prosecutors, said while he is in favor of Rhoden's supervised release, he doesn't feel the location in Newberry Springs is adequate because there have been multiple reports of prostitution activity at the truck stop.

"You wouldn't put an alcoholic next to a bar," he said.

Another Newberry Springs resident, who is a rape victim herself, held back tears as she spoke during the court hearing.

"He is a predator who has demonstrated on numerous occasions that he's unable to control his disturbing urges toward children. While we can't change the past... we do have the ability to insure that the children of our community are not hurt the same."

Judge Megan Wagner set another hearing date for Nov. 5. She may or may not make a decision prior to that time.