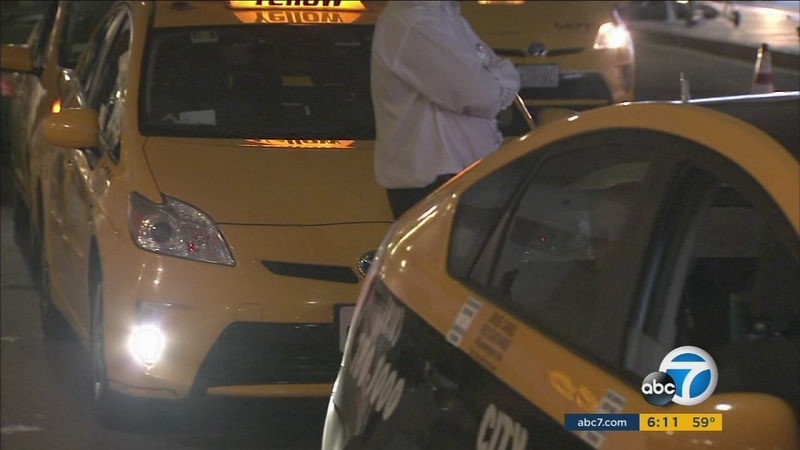 Los Angeles World Airports dubbed it the "secret shopper" investigation. They sent undercover African-American officers in plain clothes to LAX to see if they would be refused taxi service - and they were.

"It was worse than we expected. It was shocking. It was five out of 25 of the attempts to get a cab were denied, which is just so unacceptable in this day and age," said Los Angeles City Councilmember Bob Blumenfield.

LAWA representatives shared the results of the investigation Tuesday before the City Council's Innovation, Grants, Technology, Commerce and Trade Committee which oversees the airport. Blumenfield serves as the chair of the committee.

"In looking at the complaint records, we also noticed there were a lot of complaints concerning refusal of service," said Marisa Katnich, LAWA's director of landside business management.

The committee approved to amend the contract between LAWA and the airport's contracted taxi coordinator to add stiff new penalties and enforcement mechanisms for drivers caught refusing service based on discrimination.

"If we confirm there is refusal of service for discrimination, it's immediate revocation. We have zero tolerance for that," Katnich said.

Other measures already in place include in-classroom training for the 4,000-plus taxi drivers servicing LAX.

"We've seen the training and it's very comprehensive in diversity and cultural sensitivity and also customer service which is also a big issue," Katnich said.

Blumenfield and the committee called for the investigation after former Major League Baseball player and ESPN commentator Doug Glanville went public with an account of how he was refused service at LAX last year.