Man late for flight at LAX arrested for trespassing 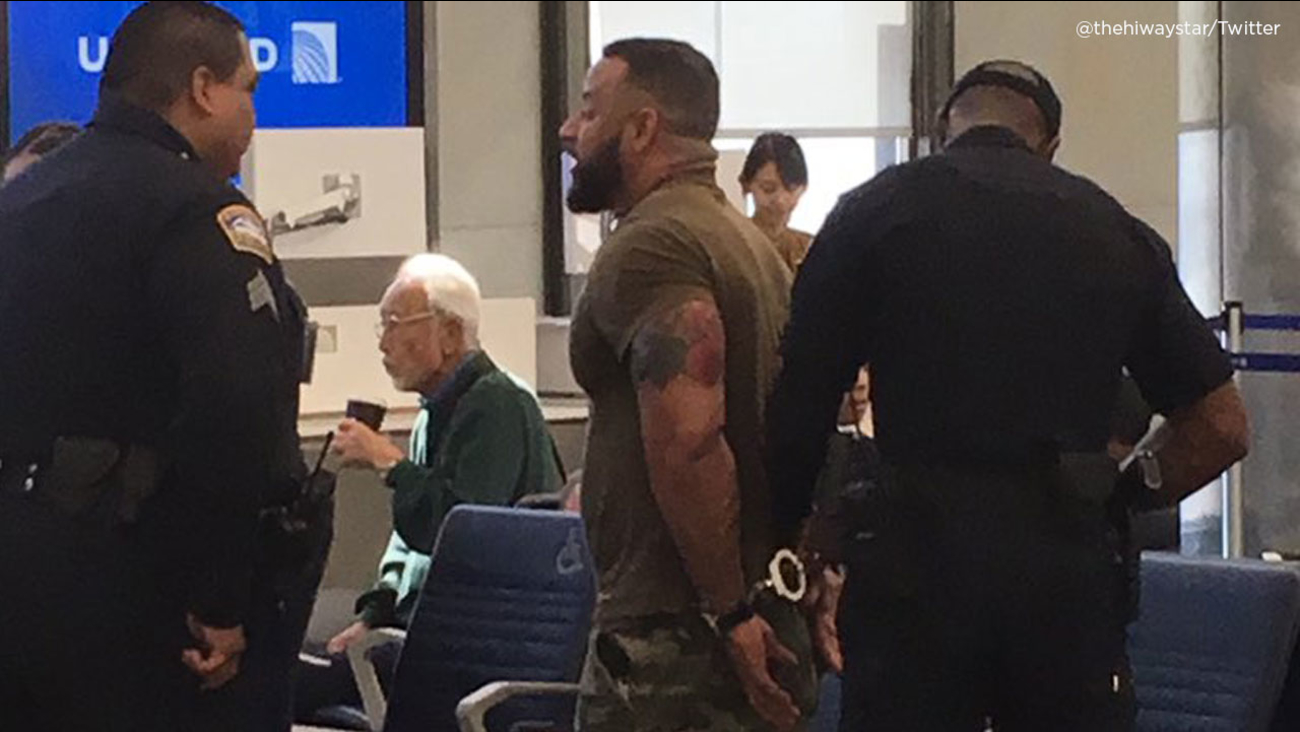 A man is handcuffed at Los Angeles International Airport for allegedly trespassing after he arrived late to his scheduled flight on Thursday, July 12, 2018.

LOS ANGELES (KABC) -- A man who was late to his scheduled flight at Los Angeles International Airport was arrested for trespassing Thursday morning, airport police said.

The incident happened about 10:15 a.m., when the man arrived to Gate 72 for his United Airlines flight.

LAX police said he was late to board the plane and tried to gain entry anyway, but he was stopped by employees.

The man was then met by police, who arrested him for trespassing, authorities said.