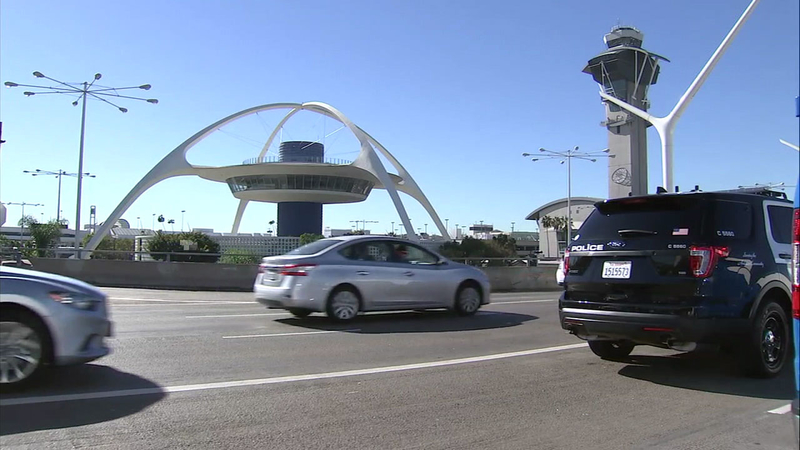 LOS ANGELES (KABC) -- As many as 239,000 people are expected to go through Los Angeles International Airport on the second busiest day of the Thanksgiving holiday.

Airport officials estimate between 228,000 and 239,000 people will travel Wednesday. The 11-day holiday stretch, which began on Friday, could see nearly 2.4 million travelers at the airport, which is up 2.3 percent from last year.

The busiest day is expected to be Sunday when everyone is returning to Los Angeles from their holiday trips.

Officials have more staff on hand to handle the big surge of travelers as well as an added safety feature - K-rails. The rails are temporary and were installed to protect pedestrians traveling between terminals outside.

As many as 115,000 cars are also expected to move through LAX roadways.