1 in custody after runway breach at LAX 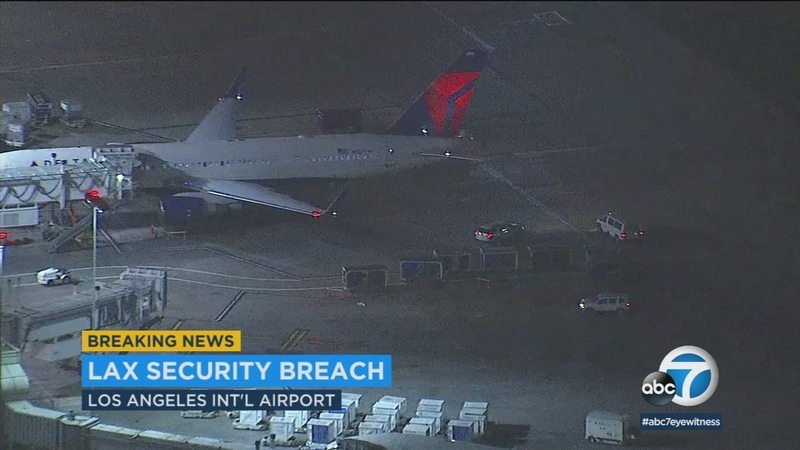 1 in custody after runway breach at LAX

The person was taken into custody on runway 24L. Officials say one airplane had to be returned to a gate for additional inspection.

Some flights were delayed up to 30 minutes before the security hold was lifted by about 8:40 p.m., the airport said.

Police say it appears the man was able to climb over a perimeter fence, run over to a Southwest plane that was preparing for takeoff and pull a fire extinguisher in a wheel well. That set off a cockpit alarm.

He tried to run back toward the fence as airport police took him into custody. A K-9 bit the suspect as officers were working to arrest him. He was treated for the injury.

Police say it is possible the man was under the influence of drugs or mentally ill.