A larger-than-life mural welcoming NBA star LeBron James was vandalized less than a day after being finished.

The paint was barely dry on the mural. The artwork on the wall of Baby Blues BBQ in Venice was finished just days ago.

"It was the artist's idea. It was his idea. He wanted to capture the excitement of LeBron coming to L.A.," said Rob Aguirre of Baby Blues.

It didn't take long for someone to take the bait after a Twitter user put out a bounty on the mural.

Early Sunday morning, a vandal was caught on surveillance video defacing the mural. Some believe the words "King of LA" infuriated fans who felt it was a slight to former Lakers star Kobe Bryant.

The mural has already been cleaned up and fixed by the artist. Fans came out afterward to pose and take photos next to it.

There was no word on whether the vandal has been identified. 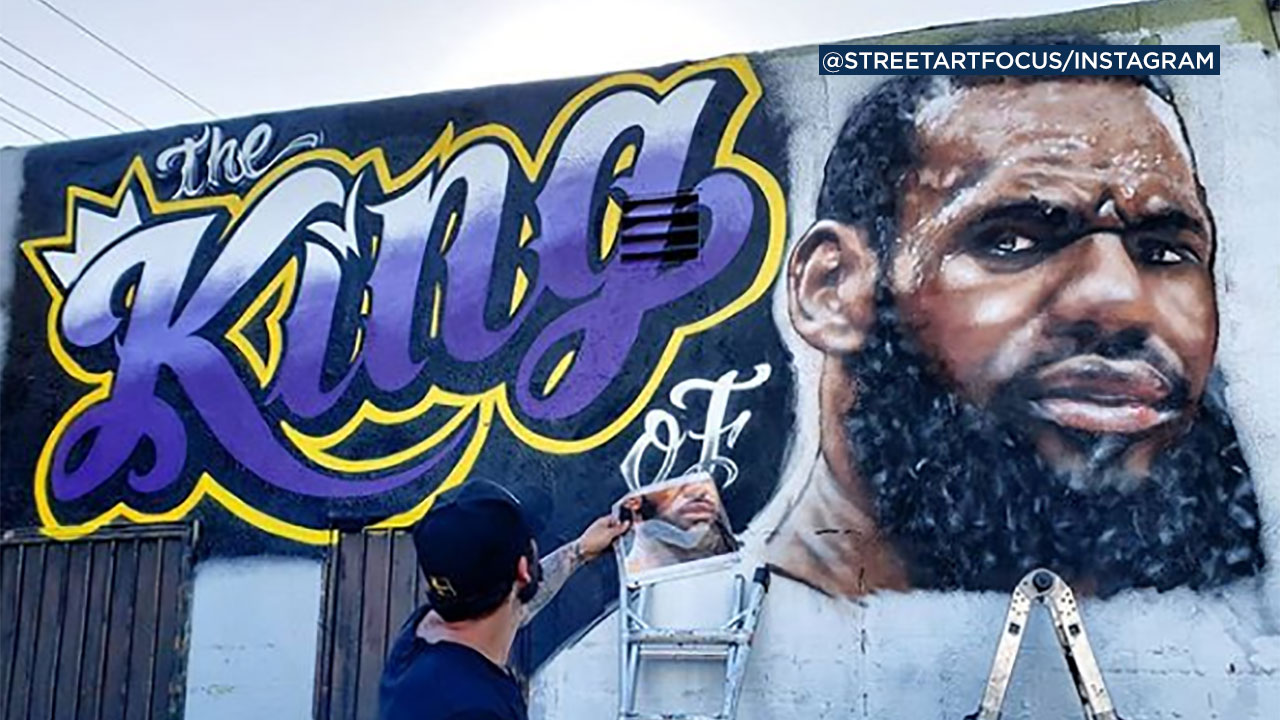