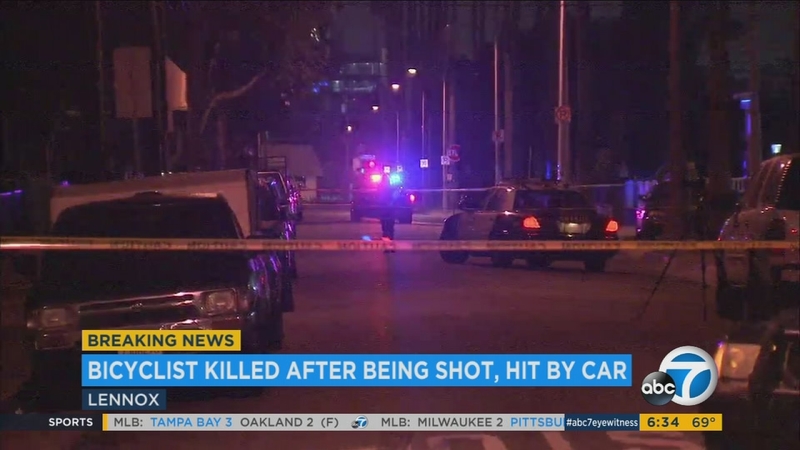 Man riding bike hit by car, then shot and killed in Lennox

LENNOX, Calif. (KABC) -- A man riding a bicycle died after he was hit by a car and then shot in Lennox early Tuesday.

Detectives learned the victim was riding a bicycle near West 103rd Street and South Freeman Avenue. He was then hit by a car and shot, authorities said.

The victim was taken to a hospital, where he was pronounced dead.

Two male suspects were seen fleeing the area on foot, heading westbound on West 103rd Street. Descriptions of the men were not released.