Costner and Lane play grandparents who go searching for their grandson; a drama initially full of love turns into a thriller full of hate and danger, thanks to Lesley Manville.
OTRC
By George Pennacchio 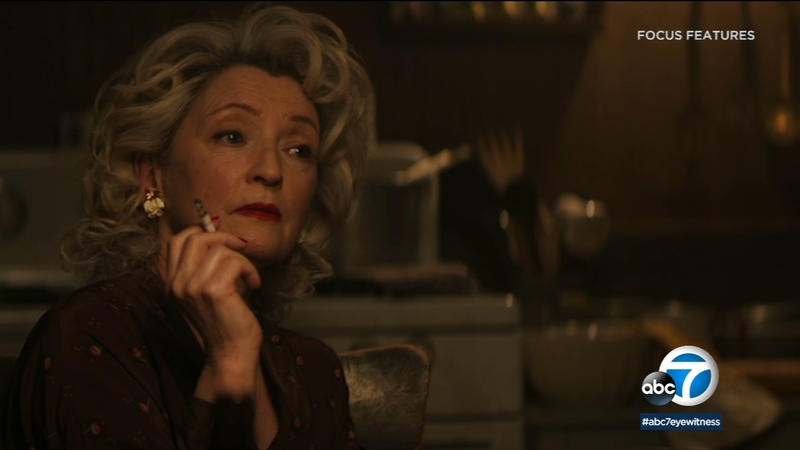 Lesley Manville shows dark side in thriller 'Let Him Go'

HOLLYWOOD -- Kevin Costner and Diane Lane are starring in a new movie called "Let Him Go." It starts out as a drama. But when Lesley Manville enters the picture, it becomes an unexpected thriller.

Costner and Lane play grandparents who go searching for their grandson when their former daughter-in-law and her abusive new husband just disappear. They do find the child. But it's what else they discover that turns a drama initially full of love into a thriller full of hate-and danger. Enter Lesley Manville.

"The minute you see her, you know something's bad going to happen," said Manville. "And her opening line is, 'I hope you like pork chops' and you already know it's going to be bad!"

Manville was so good in "Phantom Thread," she got an Oscar nomination for her work. In "Let Him Go," she stands in the way of Lane's character being with her grandson.

"We are going to block out the rest of the world and this is how we do it and if you don't like it, we're going to, you know, we'll hurt you. We'll do something bad to you. It's dreadful. It's dreadful behavior," said Manville.