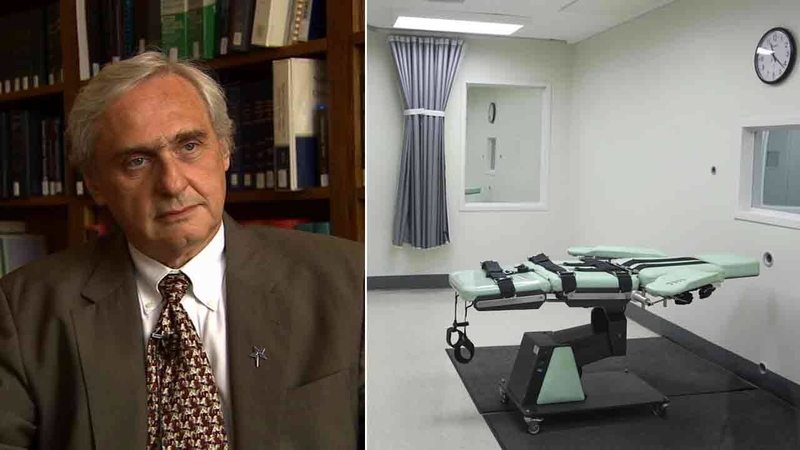 LOS ANGELES (KABC) -- Chief Judge Alex Kozinski of the 9th U.S. Circuit Court of Appeals says execution is ugly no matter how it is delivered, so why not select a process that is 100 percent guaranteed?

The federal appeals court judge is calling for replacing lethal injection with firing squads. Kozinski says firing squads would never be hampered by a shortage of guns or bullets.

"I have never heard of anybody walking away from a firing squad," Kozinski said.

It may be a bloody method of death, but an execution that is swift and sure and what justice should deliver in states that endorse capital punishment, according to Kozinski.

"This business of putting them to sleep sort of the way you might put a dog to sleep, I think, is a little misleading," Kozinski said.

In a dissent to Monday's ruling that put Wood's execution on hold but was overturned by the Supreme Court, Kozinski wrote: "Using drugs meant for individuals with medical needs to carry out executions is a misguided effort to mask the brutality of executions by making them look serene and beautiful - like something any one of us might experience in our final moments.

"But executions are, in fact, brutal, savage events, and nothing the state tries to do can mask that reality. Nor should we. If we as a society want to carry out executions, we should be willing to face the fact that the state is committing a horrendous brutality on our behalf."

Wood gasped for more than 90 minutes and took nearly two hours to die Wednesday after receiving a lethal injection for killing his estranged girlfriend and her father.

Family members of Woods' murder victims had no qualms about the lingering death, but observers did.

"I can liken it to if you catch a fish, and throw it on the shore, the way the fish opens and closes its mouth," witness Troy Hayden said.

Jeanne Brown, the sister of Woods' murder victim, had no problems with the way the execution was carried out.

"Everybody is more worried about did he suffer. Who really suffered was my dad and my sister when they were killed," Brown said.

Kozinski thinks of someone else in the process of lethal injection: the execution team.

"It is very hard on them because you actually have to touch them, you have to put an IV into their vein, it must be harrowing," Kozinski said. "A firing squad is done from a distance. They never have to come face-to-face, they do their jobs and walk away."

Kozinski says other measures would be effective too. The guillotine, for instance, but it's not for modern society. The electric chair is not always reliable, nor the gas chamber.

Meantime, the state of California is spending billions to maintain a death row and inmates such as Scott Peterson who murdered his pregnant wife, "Freeway Killer" Randy Kraft and Kevin Cooper who used a hatchet to kill a Chino Hills family, including two children, ages 10 and 11.

With California's death penalty now unconstitutional, families of their victims will wait through a lengthy appeals process as the debate continues about making death more palatable to the public.

"Trying to make it look like it's a gentle kind process is misguided, because it's not," Kozinski said.