Liam Neeson's latest film is the new king of the box office; but he wants the spotlight on his young co-star!

Liam Neeson's latest film, 'The Marksman,' is about a rancher who finds himself protecting a young boy from a Mexican drug cartel out to do bad things.
OTRC
By George Pennacchio 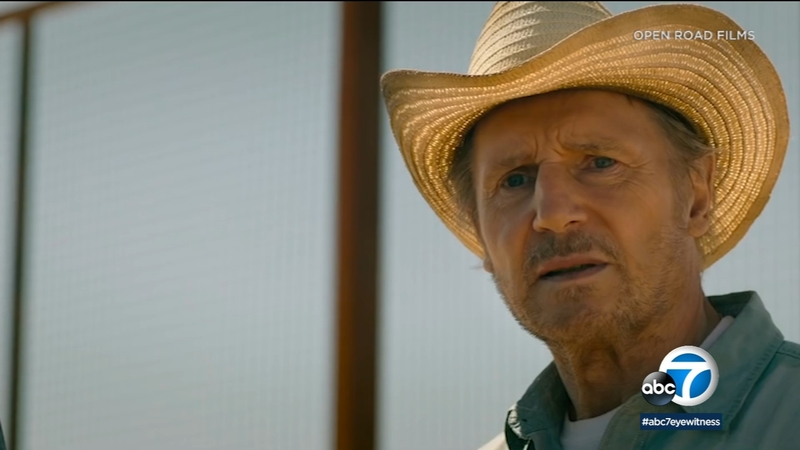 HOLLYWOOD -- Liam Neeson's latest film, "The Marksman," is about a rancher who finds himself protecting a young boy from a Mexican drug cartel out to do bad things.

Neeson has only the highest of praise for his co-star, newcomer Jacob Perez.

"I'll tell you, I learned so much from this kid," said Neeson. "He has a wonderful look that was so right for the part. There was a sadness in the back of his eyes. There was an intelligence. And when he smiled, he just lit up the world."

The two end up on a road trip, with Neeson's character hoping to get the boy safely from Arizona to Illinois, where he has family.

The film shot in several locations...but Liam was especially taken by New Mexico.

"We shot the scene and then the skies turned black and this lightning struck. It was sandy hills and stuff and it was just electric. It was just amazing," said Neeson. "It's got a religious feeling to it, you know what I mean? It really has a special feel, too. I shot there a few times in New Mexico and I'm always the same. I always come away, not just refreshed, revitalized in some way and I really mean that. It's special. It's sacred."