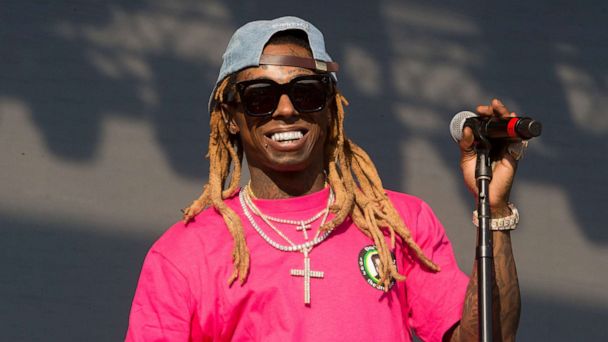 Rapper Lil Wayne has been arrested and charged by federal prosecutors in Miami with illegal possession of a gun as a convicted felon.

The complaint alleges Wayne, whose real name is Dwayne Michael Carter Jr., was found to be in possession of a firearm on Dec. 23, 2019, when it was reported that federal authorities conducted a search of his private jet.


According to the complaint, Wayne faces a maximum of 10 years in prison if he is convicted.

The 38-year-old rapper is one of the most successful hip-hop artists of all-time. He has sold tens of millions of albums and 70 million singles, according to the Recording Industry Association of America. That total is 12th all-time in the United States. He has also won five Grammy Awards and has had more than 100 singles chart on the Billboard Hot 100.

But the rapper is no stranger to the law. He has been arrested multiple times in the past two decades.

He was arrested in New York City in 2007 on weapons and drug charges and later served a year in prison at Rikers Island for the weapons charge. He served eight months before being released. He was also arrested in Arizona and charged with four felonies for drug and weapons possession in January 2008. He would later plead guilty and serve 36 months probation.

Wayne drew controversy earlier this month when he endorsed and met with President Donald Trump prior to Election Day. He said in a tweet, and photo of the meeting, that he met with the president to discuss his criminal justice reform platform.


"Just had a great meeting with (President Donald Trump) besides what he's done so far with criminal reform, the platinum plan is going to give the community real ownership," the rapper tweeted in late October. "He listened to what we had to say today and assured he will and can get it done."

He has not commented on social media on the president's election defeat.

He also drew controversy in 2016 when he told ABC News he doesn't feel connected to the Black Lives Matter movement.