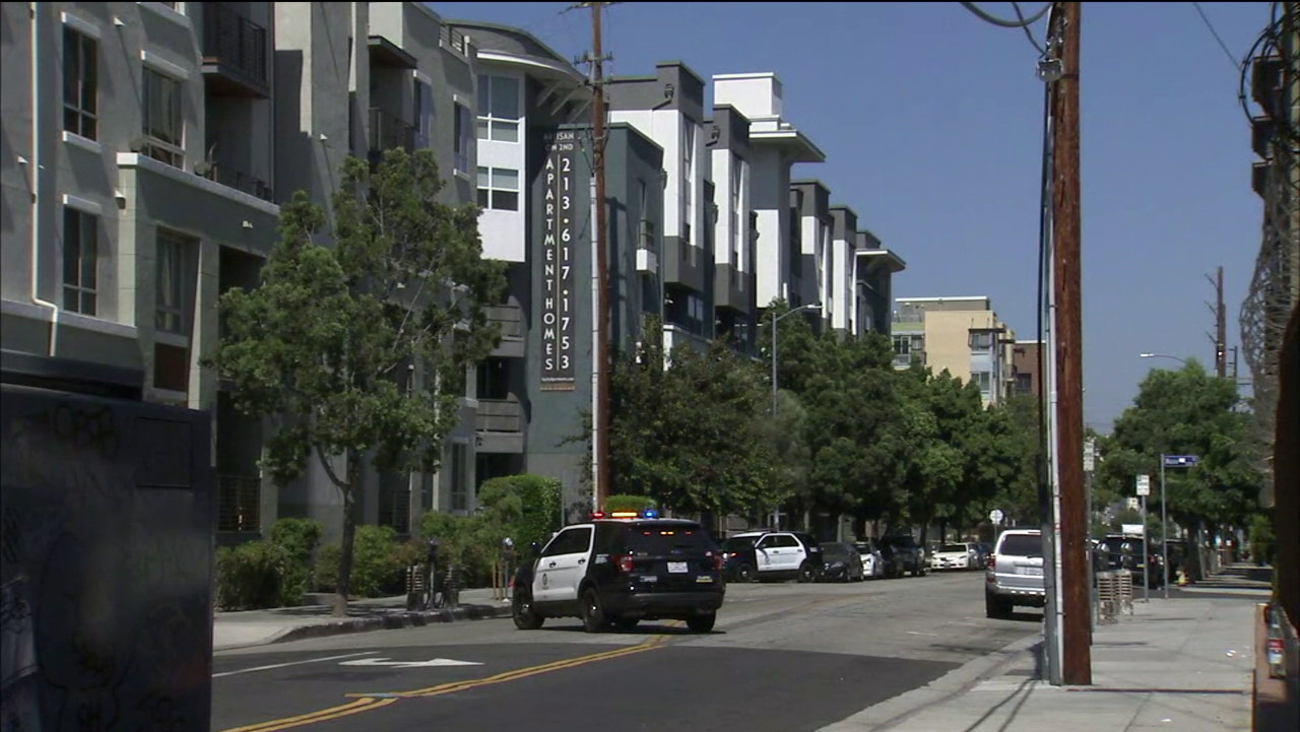 A Los Angeles Police Department vehicle is seen in Little Tokyo after an armed man barricaded himself inside a building on Monday, July 3, 2017. (KABC)

LITTLE TOKYO, LOS ANGELES (KABC) -- An armed man was briefly taken into custody in Little Tokyo on Monday afternoon, hours after he barricaded himself in a building and prompted a SWAT team response, authorities said.

The incident was reported at 1:45 p.m. in the 600 block of Second Street, where the man was holed up on the fourth floor with a gun, according to the Los Angeles Police Department.

Nearby businesses were evacuated, and the LAPD urged the public to avoid the area of Second and Alameda streets.

About four hours later, the standoff ended peacefully, police said. Officers contacted the man, who was found to be in legal possession of the firearm.