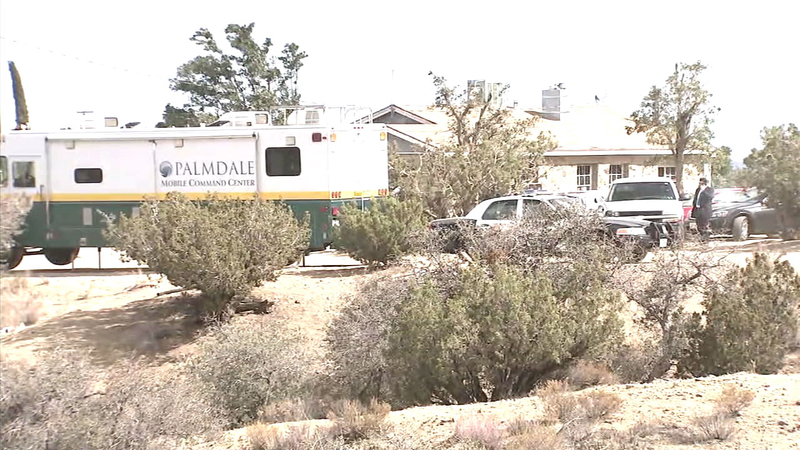 LITTLEROCK, Calif. (KABC) -- The remains of three people were found at a burned-out shell of a home in the Antelope Valley, sheriff's officials confirmed on Friday.

Homicide detectives from the Los Angeles County Sheriff's Department were sent to the 30900 block of 106th Street in Littlerock, 11 miles southeast of Palmdale, to investigate on Thursday.

Detectives could not say how the remains arrived at the location, or how long they had been there. The remains are being investigated as suspicious deaths.

The cause of death for the three individuals were unknown as well as the identities, authorities said.

Investigators were interviewing persons of interest in the case, but information on who or how many were not released.

In February, three people went missing in Littlerock under suspicious circumstances and the case has not been resolved. Neighbors wondered if that case is linked to the missing people, but authorities have not commented.