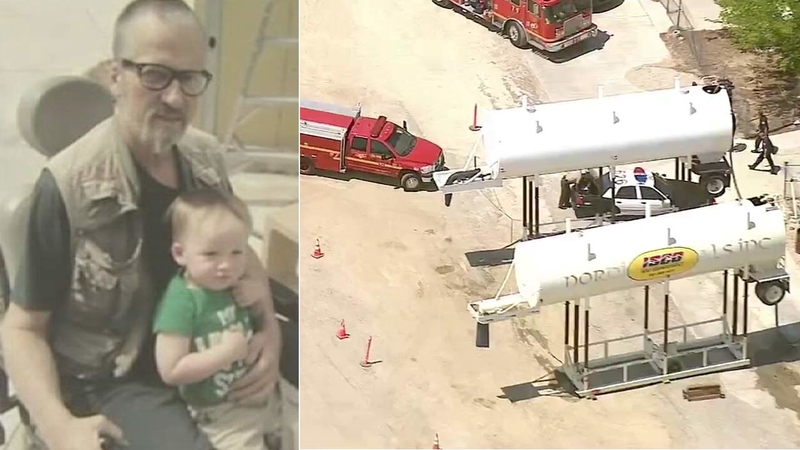 LLANO, Calif. (KABC) -- A $20,000 reward is being offered to help track down whoever killed a 59-year-old business owner in Llano last year.

Glen Brittner, who lived alone and used a wheelchair, was found bound, beaten and gagged at his home, which also served as his business office, in the 26300 block of East Avenue W-8 on Aug. 18, 2015.

Authorities said he was found bleeding from a head injury, and his property had been ransacked.

An employee arrived for work at Brittner's company, which provided water to construction companies, and found him suffering severe injuries. Brittner was in a coma for 10 days before he died.

Los Angeles County sheriff's officials and Brittner's family members held a press conference Wednesday and asked for the public's help to find the suspect or suspects responsible for the cold blooded killing.

"It's unfortunate to all of us that he doesn't get to see our family grow through my brother and my sister as well," said his son Derek Brittner.

Derek Brittner described his father as a generous and friendly man. Family members say the elder Brittner often allowed customers who couldn't afford to pay for the water to work for him in exchange for payment.

Over the last year, investigators have been tracking down possible clues and interviewing dozens of people but have come up empty. Officials believe someone in Llano may have information about the murder.

Sheriff's officials believe that the suspect or suspects were likely known to Brittner.

"I believe it was someone taking advantage of his hospitality. He was a generous and very kind man who welcomed people and befriended people who came to his shop inquiring about water," LASD Detective Joe Espino said.

Family members agree that whoever killed Brittner likely took advantage of his generosity.

"He was often blind to what was being done to him," Derek Brittner said.

Investigators believe it's possible that at least two suspects were involved in the crime, in which $2,000 was stolen, along with television sets and power tools.

"It's totally unwarranted (that) this man suffered a terrible and tragic death," Espino said. "That shouldn't occur. It was not worth the cost of a human life."

The $20,000 reward is being offered by the Los Angeles County Board of Supervisors.