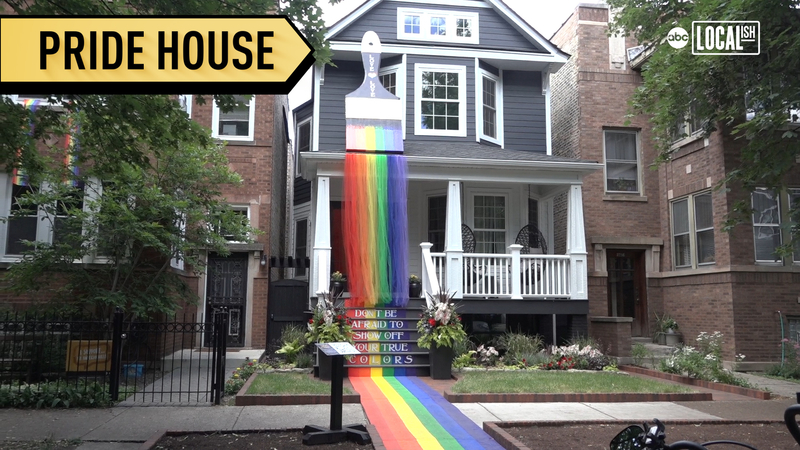 CHICAGO -- If you're walking in Chicago's Andersonville neighborhood, you might stumble upon the home belonging to Jesse Campbell and Nicholas Vazquez, which has become a bit of a tourist attraction because of its Paintbrush Pride display.

"We did this for the neighborhood," said Nicholas Vazquez.

Vazquez said he and his partner wanted to show their support for Pride Month, and so they built their Paintbrush Pride display. They had no idea it would become such a hit!

The couple said it took about 20 to 30 hours to complete. Campbell used his skills as an interior designer to make their display epic!

The display sports a 12-foot-tall paintbrush and a rainbow-colored path leading from the sidewalk to the second floor of the home.

"I felt guilty because we didn't have a Pride flag, because all of our neighbors had theirs up, so we wanted to put something up as well," Campbell said.