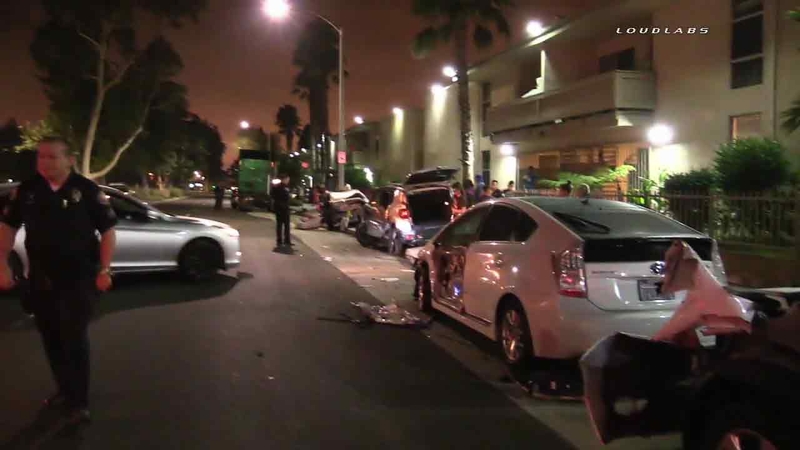 LONG BEACH, Calif. (KABC) -- The driver of a big rig crashed into several parked vehicles in Long Beach after falling asleep at the wheel early Thursday, according to Long Beach police.

Officers responded to the scene of the crash in the 3300 block of Santa Fe Avenue at about 1 a.m.

No injuries were reported, and authorities believed drugs or alcohol were not involved.

Several car owners woke up in shock to find their mangled cars along the street side.

Dennis Carter, an owner of a yellow Volkswagen for 15 years, said he was stunned when he first saw his Beetle smashed near the curb.

"I was just kind of surprised, kind of numb...Looks like I got to tow it out of the red zone, then I don't know what I'm going to do," said Dennis Carter, one of the car owners affected in the crash.

Salvador Vernal, another car owner impacted by the crash, said he had just gotten his Jeep for his family about four months ago. His SUV was hit so hard onto the sidewalk, the tires were ripped right off of their axles.