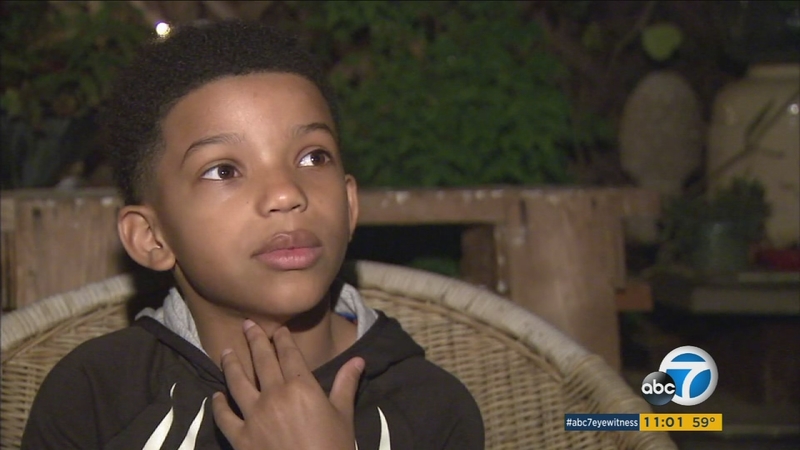 LONG BEACH, Calif. (KABC) -- A young boy described running for his life after narrowly escaping masked kidnappers who tried to snatch him off the street in Long Beach.

Two would-be kidnappers attempted to grab 8-year-old Lonnie Chavis while he was taking out the trash in the 3700 block of Country Club Drive around 5:15 p.m. Monday, according to police.

Lonnie told detectives two men wearing gloves and masks suddenly approached him. The boy stated one of the men knocked him down and attempted to grab him.

Lonnie was able to escape and run away. The boy's family became concerned when they didn't know where Lonnie was and called police.

"It literally takes 30 seconds to go to that dumpster and come back," Najah Chavis, Lonnie's mother said. "I called his name and he wasn't responding."

When police responded, they discovered a woman who lived more than half a mile away had found Lonnie running and hysterically sobbing.

"I was in the garden doing some gardening and I heard the sound of a child sobbing coming from up the street," Diana Hershey said. "Then he started running toward me just sobbing and looking like he was ready to fall down."

Hershey brought Lonnie back to his parents, who had already called the police to report Lonnie missing.

"I did what I think anybody would've done when a child is anxious or distressed or in danger," Hershey said.