Two Long Beach men who were in rival gangs formed an unlikely friendship and wrote a book together.
KABC
By Jaysha Patel 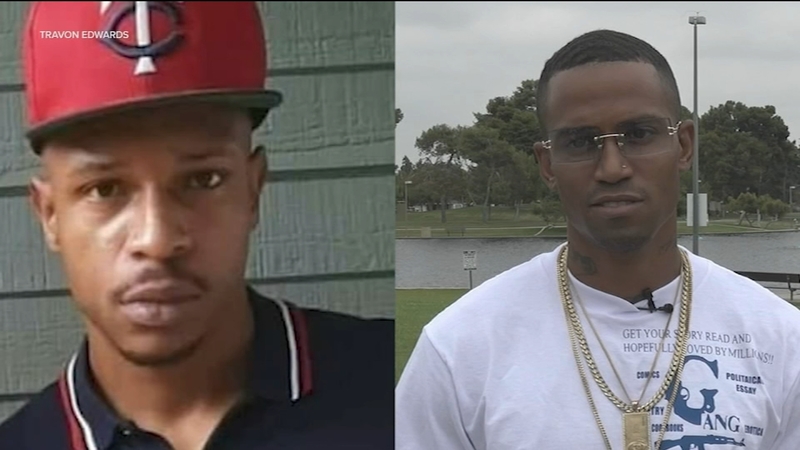 Nearly a decade ago, he met Travon Edwards and they formed an unlikely friendship.

"Me and Travon we're both from the city of Long Beach. He's from the East side. I'm from the North side," shared James.

The two were in rival gangs at one point. Edwards said he was trying to sell his own books on the street when James noticed his hustle.

It was their love of writing that connected them and they wrote a book together called "Project Baby" which was released last August. Since then, Travon has moved to Florida but they've remained friends.

The two say the point of their work is to inspire younger generations to avoid violence and engage positively with their communities.

"I'm like this man, he's from a rival gang and he's really doing right by me. So, it made me want to do right by him," explained Edwards.

James says he's received messages and letters from people who have been inspired by his work. One man wrote that James' work has "been pointing me in a different direction."

"Knowing that I got a lot of kids and youngsters that are growing up in the street the way I came, are looking up to me for a way out and when they express it to me and verbally and physically show me that I'm doing something positive and inspiring, it just makes me go harder and makes me know that I got a lot more to do," James expressed.

Since the release of their book, James is working on publishing more books and Edwards has started his own vegan catering business in Florida.