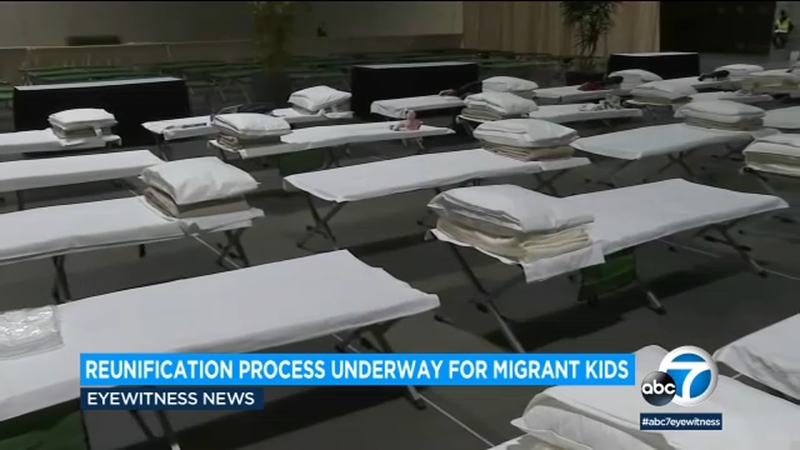 LONG BEACH, Calif. (KABC) -- Some migrant children staying at the Long Beach Convention Center could reportedly be reunited with their families within the coming days.

The convention center opened last month as a temporary migrant shelter and was housing around 600 children as of last week, according to a report from the Long Beach Press-Telegram, which spoke to a spokesman for the U.S. Department of Public Health and Human Services, which is operating the facility.

The spokesman reportedly said about 20 cases have been referred to a specialist who deals with the reunification process. The Press-Telegram reported that the children must be reunited with their sponsors within 72 hours, under the Office of Refugee Resettlement policy, once that happens.

Officials said the Long Beach Convention Center would be able to house as many as 1,000 children. According to HHS, those being housed would be girls aged 17 and younger, and boys under age 12.

Due to events being held at the convention center in the fall, the housing setting and services will end by Aug. 2.

A Mexican restaurant in Long Beach has raised more than $8,000 for migrant children temporarily staying at the Convention Center.