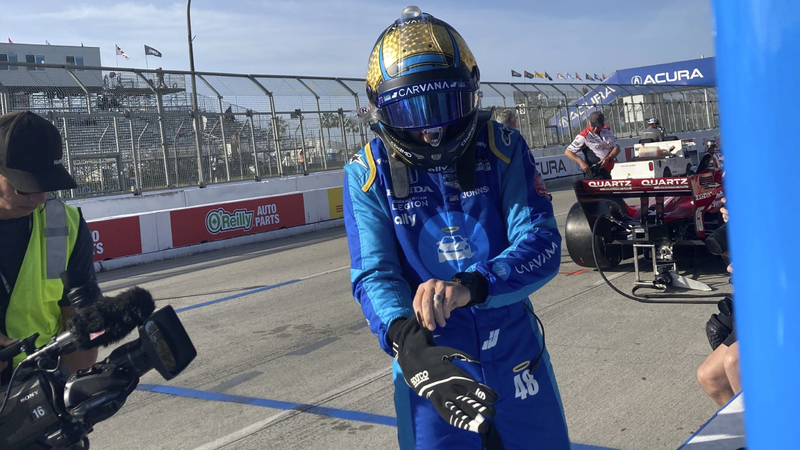 LONG BEACH, Calif. (CNS) -- Qualifying is scheduled to be held Saturday for the featured IndyCar race of the Acura Grand Prix of Long Beach along with the conclusion of the drifting competition and a concert by Royal Machines, self-described as "Rock's greatest all-star band.''

Qualifying will be shown on the Peacock streaming service from noon-1:30 p.m.

The Porsche Carrera Cup race was scheduled to begin at 10:45 a.m. Every car competing is identical, the road car-based Porsche 911 GT3. With no technical advantage between cars, driver talent, along with team mechanical skills and strategy, will decide the winners of the 40-minute races.

A second Porsche Carrera Cup race will be held at 4:20 p.m. Sunday.

#INDYCAR's always been known to bring unmatched vibes to the LBC.

Check out what happened in 2021 on the Streets of Long Beach. #AGPLB // @GPLongBeach pic.twitter.com/VrrvL3NZGL

The IMSA drivers will hold an autograph session from 11-11:30 a.m. in the IMSA paddock, free to all spectators. The 100-minute IMSA race will begin at 2 p.m.

A 30-minute SPEED/UTV Stadium Super Trucks race is set to begin at 4:30 p.m. The series for 600-horsepower V-8 engine trucks was founded by former IndyCar and NASCAR driver Robby Gordon, who also drives on the series, and will start from the pole.

Gordon's 14-year-old son Max will start seventh in the field of 12 drivers. The younger Gordon has been racing since he was 8 years old. He was fourth in the driver series points in 2021.