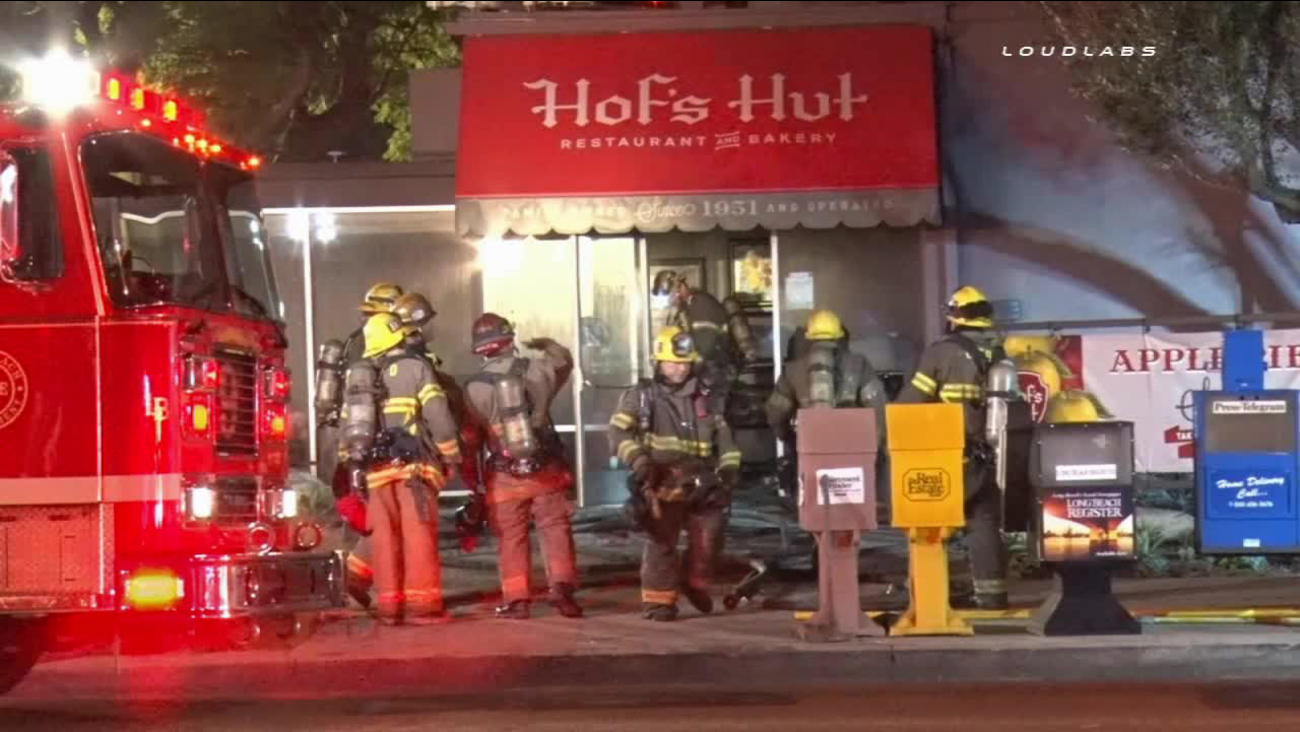 Investigators say the first fire broke out around 9:30 p.m. Sunday in the kitchen of Hof's Hut, located on the 4200 block of North Long Beach Boulevard. Customers who were eating at the restaurant at the time had to be evacuated. Firefighters knocked down the flames, and no injuries were reported.

Then, around 1 a.m., a passerby called 911 after seeing flames coming out of the roof of the restaurant. It quickly became a 2nd alarm fire.

Crews finally knocked down the flames around 3 a.m. One firefighter was taken to a local hospital for minor injuries.

Fire officials say the restaurant, which has been an iconic location in the city for more than 40 years, had been going through renovations recently.