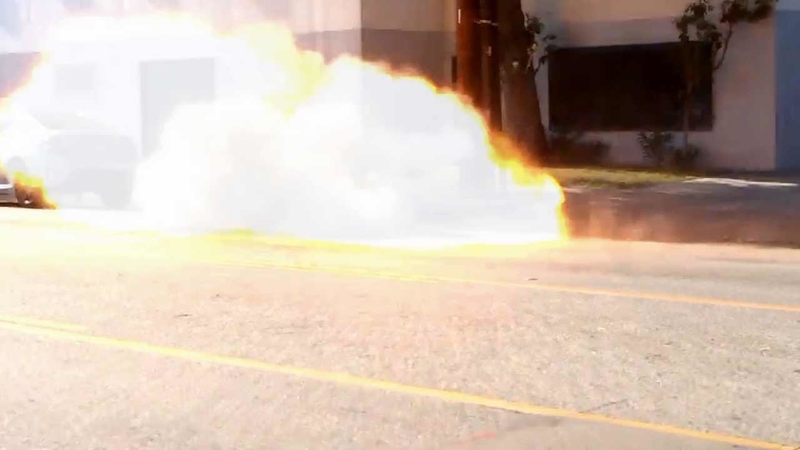 Approximately 30,000 Southern California Edison customers were initially left without power in the area roughly bounded by Spring Avenue to Shoreline Drive and from Santa Fe Avenue to Alamitos Avenue.

By early Friday morning, approximately 260 customers remained without power. Officials said crews are working hard to make repairs as safely and as quickly as possible.

The city of Long Beach posted on Twitter that Southern California Edison crews will be inspecting more than 300 vaults in downtown and that all power should be back by 6 p.m.

.@SCE inspecting over 300 vaults today in dwntwn LB & anticipates power to be restored to remaining customers by 6 pm #lbPRWout2

Long Beach police urged residents to stay clear of the area from 7th to Anaheim streets and Pine to Locust avenues.

A shelter was opened at Cesar Chavez Park at 11 p.m. Food, water, flashlights and cots were available to those affected by the outage, according to Long Beach Mayor Robert Garcia.

Southern California Edison crews shut down several substations to investigate the cause of the explosion, which was similar to the explosion in three electrical vaults that short-circuited a power grid in the city on July 15.

The incident left nearly 5,000 people in downtown Long Beach without power for three days. During the earlier outage, city officials handed out food, flashlights, ice and water and provided shelter to some residents.