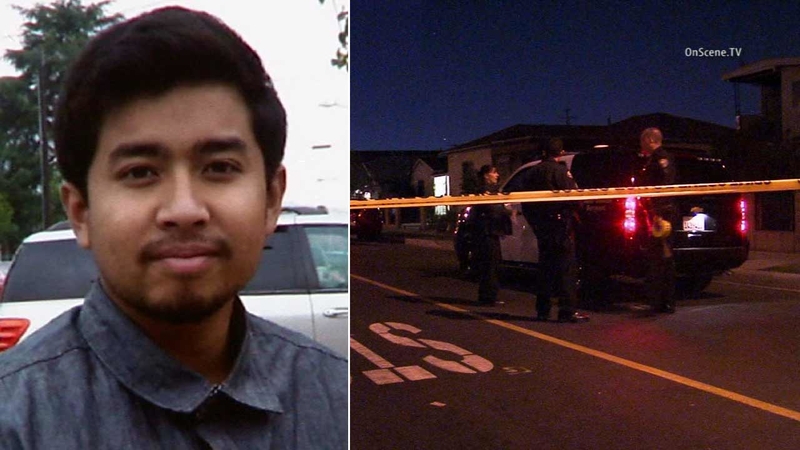 LONG BEACH, Calif. (KABC) -- A 17-year-old has been arrested and booked for murder in the shooting death of a 26-year-old man in Long Beach Wednesday.

Authorities said several individuals were detained and transported to Long Beach police headquarters where the alleged gunman was identified and booked for gang enhancement among other charges.

Jeffrey Keo was fatally shot near the intersection of Gundry Avenue and E. 14th Street around 9:40 p.m. Tuesday. Police officers responding to a call of shots fired found Keo suffering from at least one gunshot wound.

The victim was rushed to a local hospital in critical condition but succumbed to his injuries about two hours later.

A witness reported seeing the suspect fleeing the scene toward the area of Walnut Avenue and E. 10th Street, and police then called SWAT to assist them in their search, Lt. Mark Coble said.

Keo's distraught father, Pich Keo, arrived at the scene Wednesday morning. He said his son did not have any enemies.

The identity of the suspect will not be released because he is a juvenile, according to Long Beach police.