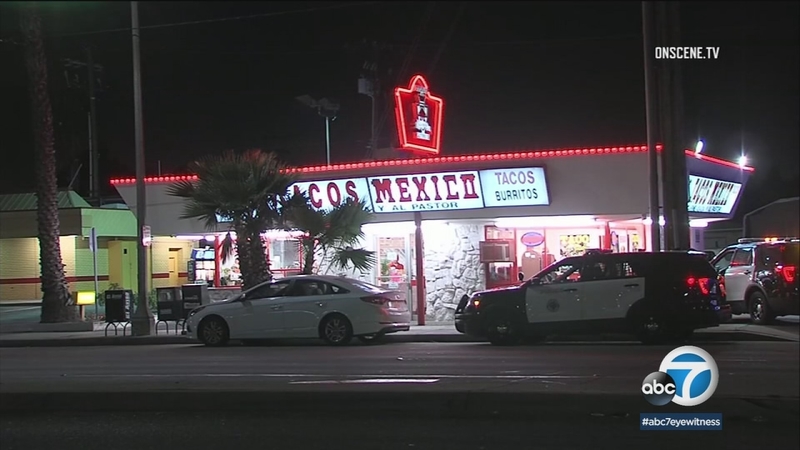 LONG BEACH, Calif. (KABC) -- A group of armed robbers was at large after striking a taco restaurant in Long Beach on Wednesday evening, authorities said.

The incident was reported at 11 p.m. at the Tacos Mexico in the 5800 block of Cherry Avenue, a Long Beach Police Department spokesperson said.

According to investigators, five men wearing ski masks fled the scene with unspecified material after robbing both the business and its employees at gun point. Detailed descriptions of the suspects were not available.

"They were aiming their guns at everybody. They got everybody to retreat to the back and everybody on their bellys," said restaurant owner Monica Rochin.

The suspects got away with hundreds of dollars, along with employees' cellphones.

One employee suffered a panic attack during the raid. No other injuries were reported.

Long Beach police were investigating, and surveillance cameras mounted on the building should help.