Organizers of a Buddhist ceremony held seven days after a mass shooting during a Halloween party in Long Beach said it was to help the spirits of the three killed move on and find peace.

LONG BEACH, Calif. (KABC) -- Organizers of a Buddhist ceremony held seven days after a mass shooting during a Halloween party in Long Beach said it was to help the spirits of the three killed move on and find peace.

Long Beach police said nine people were injured by the gunfire on Oct. 29 and three were killed.

Among the dead was 25-year-old Maurice Poe Jr.

Poe Jr.'s father, Maurice Poe, was at the ceremony organized by the people who hosted the party.

"He got a 3-year-old girl that don't even know what's going on, but she's experiencing devastation right now," Poe said.

Poe Jr.'s father remembered his son as spontaneous and an aspiring entrepreneur.

Poe organized a GoFundMe fundraiser for his granddaughter

Poe said he was grateful to the mayor of Long Beach and the city's chief of police for joining to honor his son and the other victims.

"Thank you, but I'd like some results on this case," Poe said.

Chief Robert Luna was also at the ceremony and said the suspect was still outstanding one week later.

"We are working this case like nobody's business," Luna said.

Luna said several casings found at the crime scene led investigators to believe there was more than one firearm.

"We believe there may have been multiple weapons used," Luna said.

Poe said his son and family fell victim to a tragic reality in today's world.

Police said they only had a description of the suspect as a male wearing dark clothes with his face concealed during the shooting who may have fled in a dark-colored vehicle.

Anyone with information on the shooting is asked to call Long Beach Police Department Homicide Detail Detectives Mark Mattie or Donald Collier at 562-570-7244 or the department's anonymous tip line 1-800-222-TIPS. 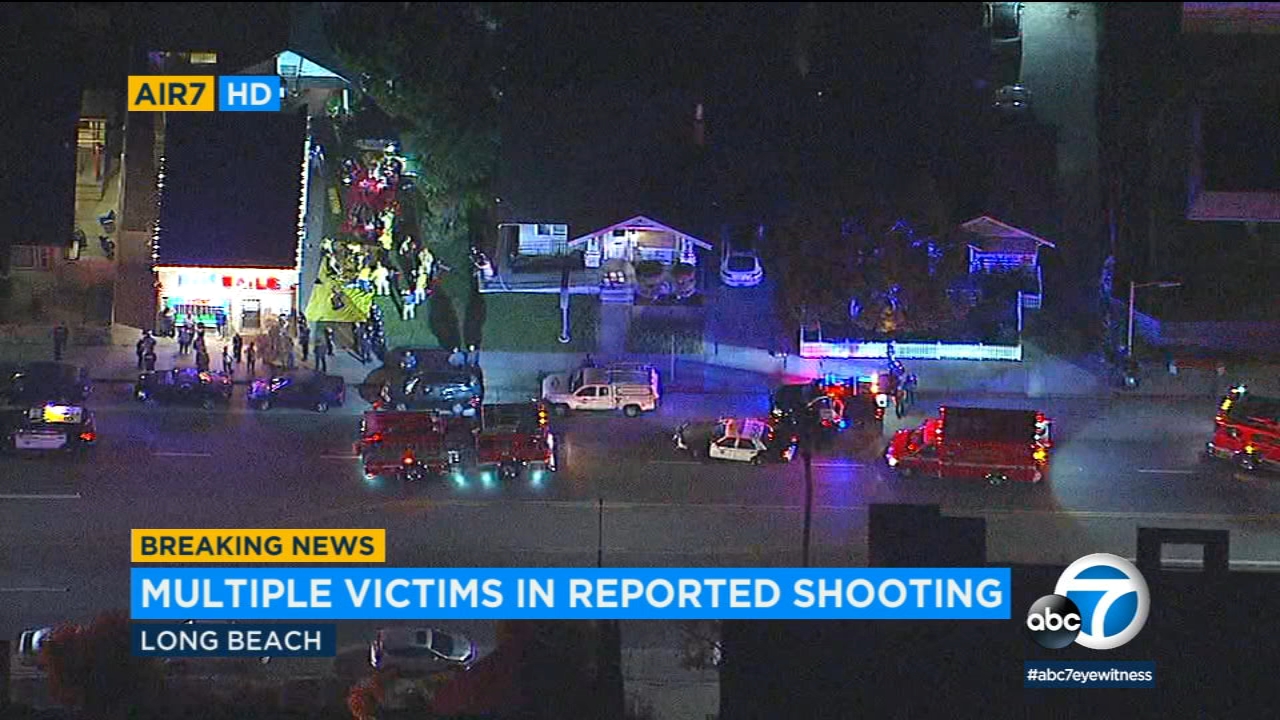