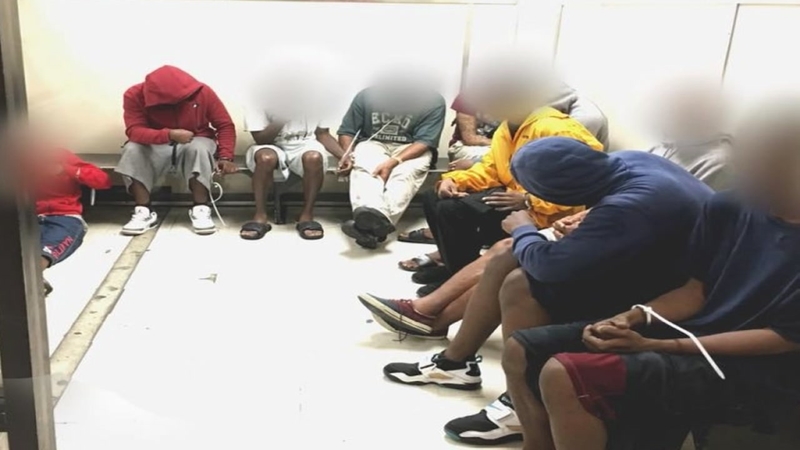 MIAMI, Florida -- Police in Florida have made several arrests of people looting during Hurricane Irma.

In Miami, police shared a photo of looters in jail with the Facebook caption, "Thinking about looting? Ask these guys how that turned out. #stayindoors"

Nine people were arrested in Fort Lauderdale after they were caught on TV cameras looting sneakers and other items from a sporting goods store and a pawn shop during Irma.

Police in Ft. Lauderdale confirm that nine suspects seen looting on camera have been taken into custody.

Local TV images showed the alleged looters running in and out of a store through a broken window carrying boxes of sneakers.

It wasn't immediately clear what charges those arrested would face. Their identities also were not immediately released.