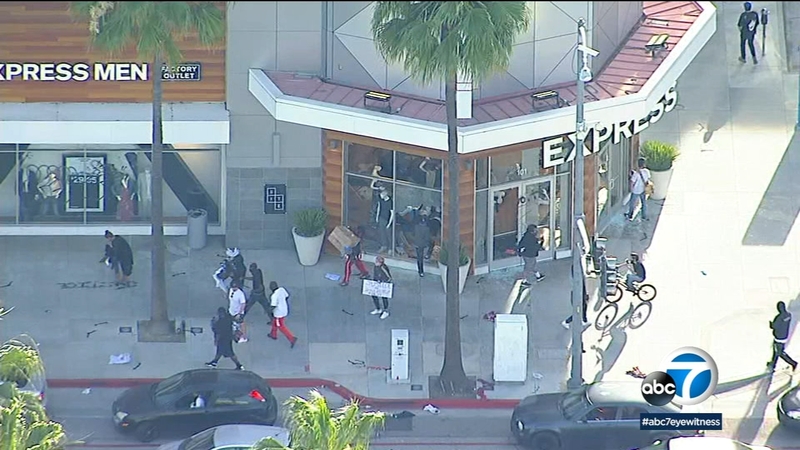 LONG BEACH, Calif. (KABC) -- Nearly seven months after the unrest that followed protests over the death of George Floyd, Long Beach police have arrested 13 additional people in connection with looting and vandalism in the city, authorities said.

The Long Beach Police Department has now arrested nearly 60 suspects in the aftermath of the civil unrest on May 31, according to the agency.

Authorities said the individuals were tracked down after a newly established task force examined photos and videos that showed the looting and vandalism.

Cities across California declared curfews May 31 to head off violence after unruly demonstrators at earlier protests burned police cars, broke into stores and skirmished with officers.

In more than 20 cities, thieves smashed their way into businesses and ran off with as much as they could carry - boxes of sneakers, armloads of clothes and cellphones and TVs.

There was brazen theft in Santa Monica and Long Beach even while nearby protests were mostly peaceful.