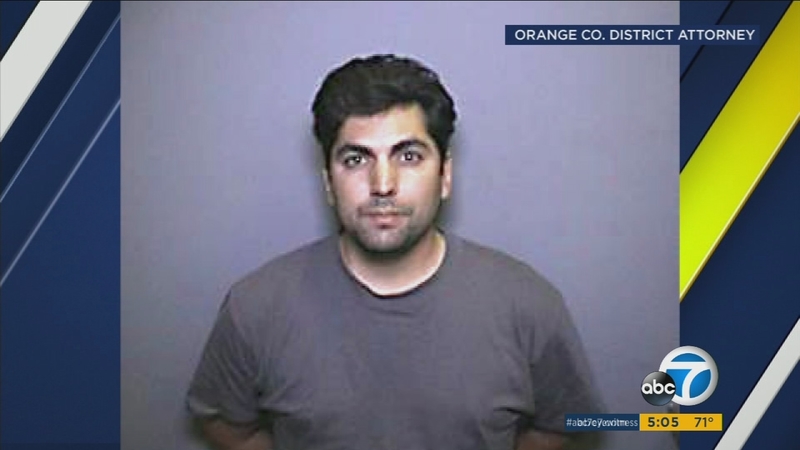 SANTA ANA, Calif. (KABC) -- A Los Alamitos resident is suspected of posing as a police officer to kidnap a woman and was charged with multiple felonies.

He was also charged with misdemeanor impersonating a police officer. There was also a sentencing enhancement of kidnapping resulting in substantial increase in harm.

Anaheim police said Vasquez met a 22-year-old woman using a Craigslist ad to say he was a modeling agent. After texting with her for several weeks, authorities said he set up a role-play date to meet in a parking lot at Ball Road and State College Boulevard.

"The female, who ultimately became a victim, would role play as if she was a prostitute and our suspect, Sean Michael Vasquez, would pose as if he was the customer," Anaheim police Sgt. Daron Wyatt said.

But when the woman arrived, Vasquez pulled out a badge and is suspected of identifying himself as an undercover Anaheim police officer. Authorities said the fake cop threatened her.

"If she didn't engage in sex acts with him, he would not be able to fix her legal problem. (He) handcuffed her, drove her to another location," Wyatt said.

Authorities said Vasquez drove her to areas known for prostitution in Santa Ana. They also said he told her to get out and rob potential sex customers.

When she wasn't able to rob any customers, he drove her back to another location where he forced her to perform oral sex, Wyatt said.

Police said he finally let her go and she called Anaheim police.

If convicted as charged, Vasquez faces a maximum of 31 years to life in prison. Authorities also believe there may be more victims.

"He identified himself as an undercover police officer. Make sure that you see identification, see that the badge and identification card match," Wyatt said.

Vasquez is due back in court on June 21. He is being held on $1 million bail.