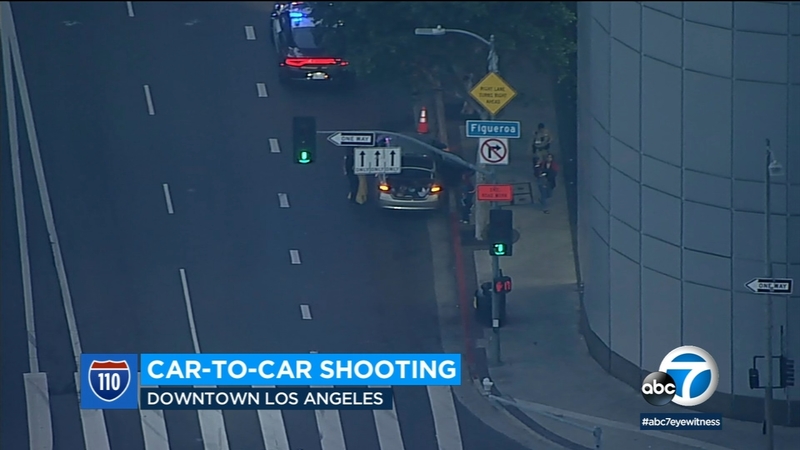 LOS ANGELES (KABC) -- The California Highway Patrol is investigating a car-to-car shooting that occurred on the 110 Freeway in the early morning hours.

It happened just after 4:30 a.m. CHP says the driver of a Toyota Camry was heading north on the 110 Freeway when they got into some sort of "highway violence altercation," and that's when someone shot their car near the Manchester exit.

The victim stopped in downtown Los Angeles, near 6th Street and Figueroa , and called 911.

Five people in total, including three children under the age of 6, were inside the vehicle at the time of the shooting, according to CHP. No one was hit.

Investigators say a bullet went through the left rear window with damage also seen in the right rear window. They're now looking for a man and woman who took off in a black Nissan Rogue.

CHP believes the incident may possibly be related to road rage. No further details were available.