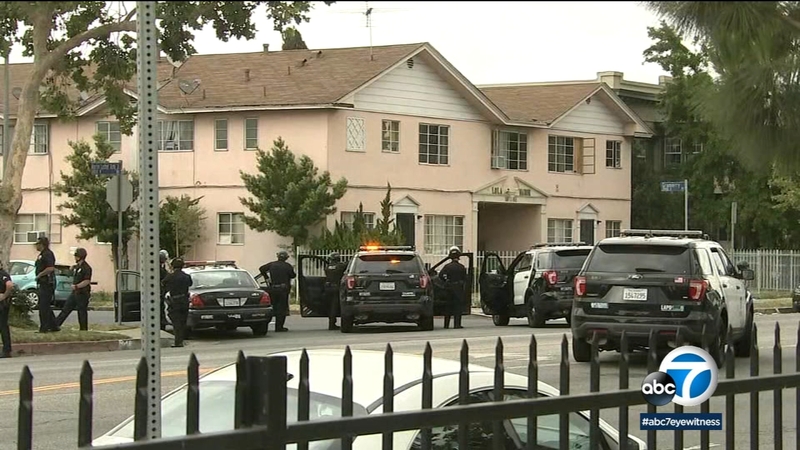 Chase of robbery suspects leads to standoff in South LA

The suspects -- a man and a woman -- surrendered peacefully after they led officers on a chase around noon from downtown L.A., and then ran into the apartment near Martin Luther King Jr. Boulevard and Gramercy Place, police said.

Police say a 10-year-old boy was inside the apartment, along with some relatives of one of the suspects.

A man walked out with the boy and let him go before surrendering. His relationship to the boy is unclear.

The incident prompted a response from a SWAT team.

Police say the suspects were linked to a crime spree Thursday, including a robbery in the Jewelry District.

Police say security video led them to the suspects, and two weapons were recovered.