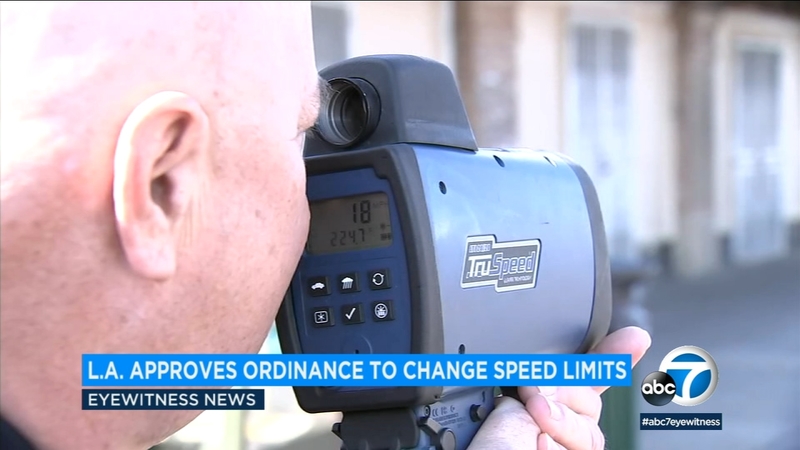 LOS ANGELES (KABC) -- Watch your speed if you commute through the Valley.

The Los Angeles City Council has approved an ordinance to increase speed limits on dozens of streets - mainly in the San Fernando Valley. This may mean more tickets for drivers.

Pending approval by Mayor Eric Garcetti, speed limits would rise on some of the Southland's most familiar thoroughfares, including San Vicente Boulevard through Mid-Wilshire and stretches of Reseda, Victory and Chandler boulevards in the San Fernando Valley.

The ordinance resolves a years-old problem that, by law, has prevented police officers from ticketing speeding drivers.

The law requires cities to do traffic surveys periodically to set speed limits closer to how fast most motorists are actually driving. If a speed limit is too low, or if it is more than seven years old, police cannot use radar guns or other electronic devices to write speeding tickets in those areas.

So, by boosting the speed limit, police officers will be allowed to use radar, and therefore write more tickets.

Nearly two-thirds of the streets that would see higher speed limits are in the Valley, which has seen several waves of increases over the last decade on its broad, flat boulevards. Most Valley streets would see speeds rise to 40 mph and 45 mph.