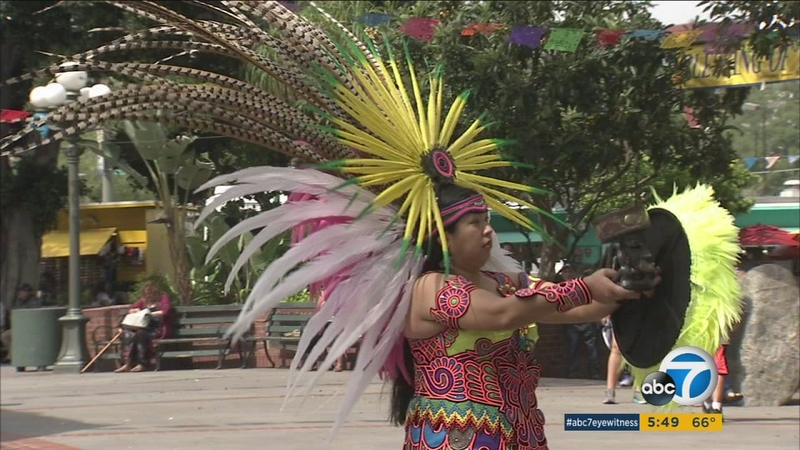 LOS ANGELES (KABC) -- The celebration of Christopher Columbus as the discoverer of America has received plenty of criticism from Native Americans and now there is a proposal in Los Angeles to establish an "Indigenous Peoples' Day."

When it comes to holidays, the U.S. has a rich collection of them: from the Fourth of July to Labor Day to Martin Luther King Day.

And if Los Angeles City Councilman Mitch O'Farrell has his way, L.A. will add yet another holiday to its lineup.

"...to recognize indigenous peoples across the United States for all of the suffering that has occurred over the centuries," O'Farrell said.

O'Farrell's proposal isn't a new idea. Several other cities across the country already commemorate the day, but in many of those cities, "Indigenous Peoples' Day" has replaced Columbus Day - something that concerns L.A.'s Italian American community.

"Columbus Day is for the immigrants and to celebrate what was brought here," said Ann Potenza of Feast of San Gennaro.

"That is our day. To take it away would be a slap in the face to a 20-million group of folks in this country who have worked to make this country great," said one community member.

O'Farrell points out that his proposal does not include the elimination of Columbus Day, but supporters of "Indigenous Peoples' Day" said it makes sense to just get rid of a holiday that celebrates such a controversial man.

"Since 1937, the United States has celebrated Columbus Day, and that is seen as a real insult to Native American people," he said.

The Arts, Parks and River committee approved O'Farrell's motion, and L.A.'s Human Relations Commission and other agencies will now take the next two months to look into the proposed new holiday.