City and county officials in Los Angeles announced a pilot program that would use self-administered rapid antigen tests.
KABC
By Rob Hayes 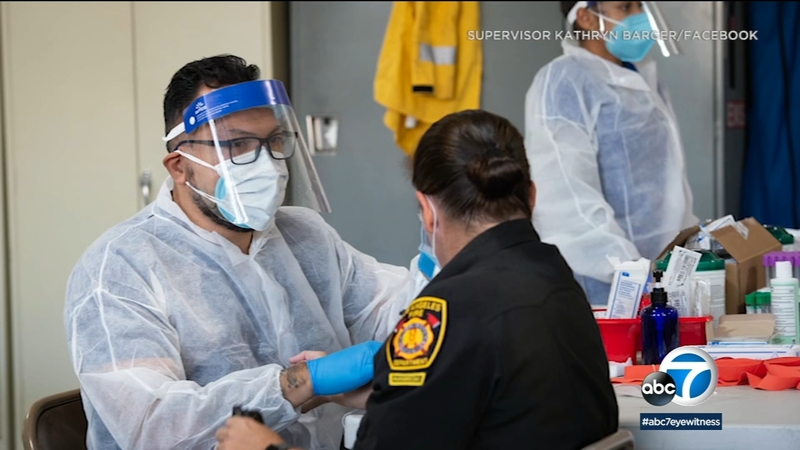 The app-based testing uses artificial intelligence to read the results and help track the spread of the coronavirus.

Health officials say many people are not getting tested soon enough, and instead wait until they show symptoms. Officials warn that lack of testing could lead to an increase of COVID-19 cases.

If the pilot program is a success, local leaders say it could lead to widespread self-testing.

"Testing at home, it can move testing out of hospitals and clinics, to workplaces, to classrooms and to our communities," says Dr. Neeraj Sood, the vice dean of research at USC and director of the COVID Initiative at the USC Schaeffer Center for Health Policy and Economics.

Firefighters are the first ones being tested before the tests are phased into city and county testing sites. They started testing last week and the first phase will be completed in the next two weeks.

Mayor Eric Garcetti says the city will need millions of tests to understand their effectiveness. He also says the testing could be widely available as early as next year.

Meanwhile, Gov. Gavin Newsom unveiled a 16-member drafting guidelines work group to figure out who would be first in line for a future vaccine.

"How do we allocate the supplies, how do we not only do so safely, with the scientific review committee, but do so with a sense of urgency and prioritization for the most vulnerable," Newsom said.