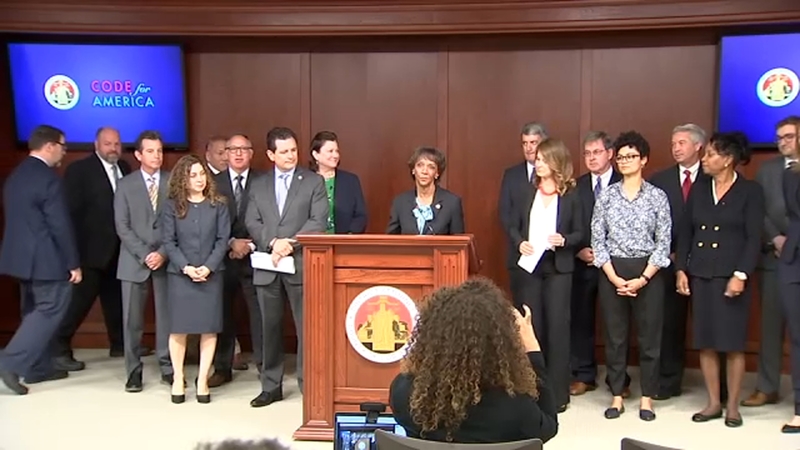 The dismissals are the result of a partnership between the DA's office and the nonprofit Code for America, according to a joint statement. Code for America uses computer algorithms to find eligible cases that are otherwise hard to find in court documents that date back decades.

"Today's action marks the completion of the five-county Clear My Record pilot to clear marijuana-related convictions eligible for relief under Proposition 64. The other counties in the pilot include San Francisco, Sacramento, San Joaquin and Contra Costa," according to a joint statement.

"In total, these five pilots will help reduce or dismiss more than 85,000 Proposition 64-eligible convictions."

California legalized the use of marijuana in 2016 with the passage of Proposition 64. Some of the convictions that are eligible for dismissal date back as far as 1961.

"The dismissal of tens of thousands of old cannabis-related convictions in Los Angeles will bring a much-needed relief to communities of color that disproportionately suffered the unjust consequences of our nation's drug laws," Lacey, who is up for reelection, said at a Thursday morning news conference.

Lacey's opponent in the upcoming election issued a response after the decision was announced.

"Jackie Lacey opposed marijuana legalization and then dragged her feet to finally effectuate the expungement of old convictions after long being called on to do so," Rachel Rossi said in a statement.

Here's who qualifies to have cannabis-related convictions expunged:

You have to meet one of those criteria.

However, marijuana-related crimes that involve children, or drug labs that used explosive chemicals do not qualify for dismissal.