A former assistant sheriff claims Villanueva falsely blamed her for the cover-up and forced her to retire.
KABC
By Rob Hayes 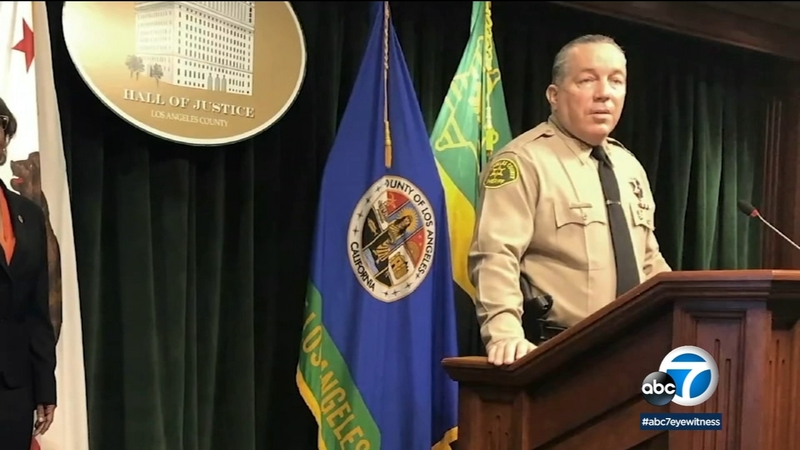 LOS ANGELES (KABC) -- Los Angeles County Sheriff Alex Villanueva is facing another potential lawsuit regarding his department's cover-up of a violent interaction between a jail inmate and several deputies that dates back to March 2021.

On Thursday, former Assistant Sheriff Robin Limon filed a legal complaint, which is a required precursor to a lawsuit, against Villanueva claiming the sheriff falsely blamed her for the cover-up and forced her to retire.

"Sheriff Villanueva has repeatedly made false statements about the incident and he has trapped himself with his own false statements," said Vincent Miller, the attorney representing Limon.

Miller called his client's case "a searing indictment of this administration, abusing power and using retaliation as a tactic, repeatedly over and over again, against anyone raising any concerns about wrongdoing going on in the sheriff's department."

Villanueva has been accused by former and current members of the sheriff's department of ordering his staff to cover up a violent, use of force incident between a deputy and an inmate in March 2021.

When inmate Enzo Escalante started throwing punches at Dep. Douglas Johnson, other deputies swarmed the inmate and were able to restrain him about a minute later.

But Johnson had placed his knee on the head and neck of Escalante and kept it there for nearly three more minutes.

Sources tell Eyewitness News it was Villanueva himself who blocked two criminal investigations to prevent video of the incident from becoming public because it happened while Derek Chauvin was on trial for killing George Floyd.

The sources said Villanueva was worried it would make him and his department look bad.

According to Villanueva's own timeline, he only took action against the two top executives he now blames for the cover-up after the Los Angeles Times broke the story.

One of those executives is Limon, who said Villanueva forced her to retire or face a four-grade demotion.

While Villanueva insists he only found out about the incident eight months after it happened, according to Limon's complaint, says within a few days of the incident, she hand-delivered a DVD of the video to the sheriff and watched it in his office along with Undersheriff Timothy Murakami and the sheriff's aide, Lt. Anthony Blanchard.

Both those men have publicly stated that Limon's claim that the video was viewed by the sheriff in front of them is false.

So far, Villanueva has been named in at least three legal complaints regarding the use of force incident.