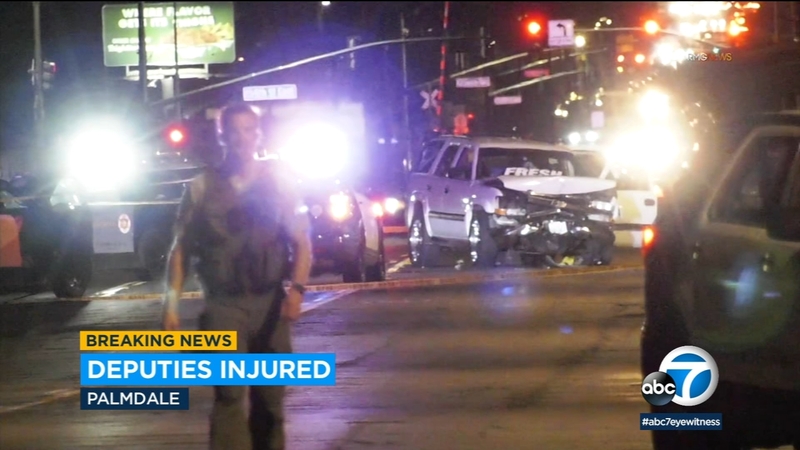 Officials believe the injuries were a result of the crash and not gunfire, but investigators are working to gather more details.

It was not immediately clear if the deputies were injured by gunfire or in a crash that happened at the end of the chase.

The incident began in Lancaster just before 8 p.m. as deputies began pursuing a reported stolen vehicle, which fled at high speeds.

The chase ended in a crash and then a deputy-involving shooting in the 200 block of East Avenue R in Palmdale.

Details on the deputies' condition were not immediately provided.

The suspect was in custody and was also brought to a hospital for injuries. It was not immediately known if the suspect was struck by gunfire.